"It will surely happen again"

Straffmiss. And you must not take the next. Therefore, it seems to be someone other than Sebastian Larsson in the first place in the European Championships. - Will certainly be so, says national team captain Janne Andersson. 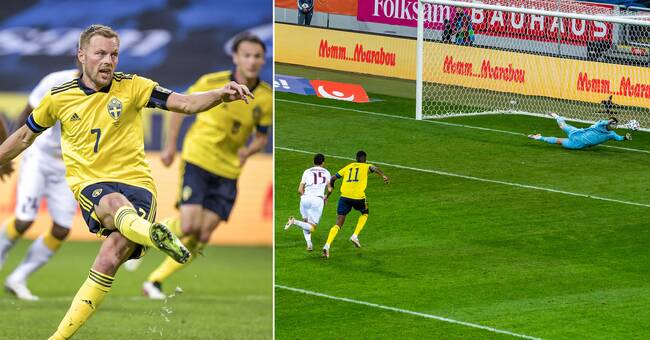 But Blågult could just as easily have scored another goal.

Because at the end of the first half, Sebastian Larsson missed a penalty, hit to the left of David Yurchenko who threw himself in the right direction.

And according to Janne Andersson's stated principle, someone else will get the chance next time if you miss the finish from the penalty spot.

- My basis has been that I have a number of good penalty shooters and if you have missed then I do not put the same old man in that position again.

But if you miss a penalty, it was the right match even though I think "Seb" is very annoyed, says national team captain Janne Andersson after the genre rep win.

Larsson set his penalty both against Finland in the first European Championship test and against Kosovo in the World Cup qualifiers in March.

And the AIK midfielder took over the responsibility from the penalty spot after Andreas Granqvist who was missing due to injury, and never handed over the penalty stick due to a miss.