Top-seeded Sabalenka out of the French Open

She was seeded third and was seen as one of the favorites. Now Aryna Sabalenka has been knocked out of the French Open. 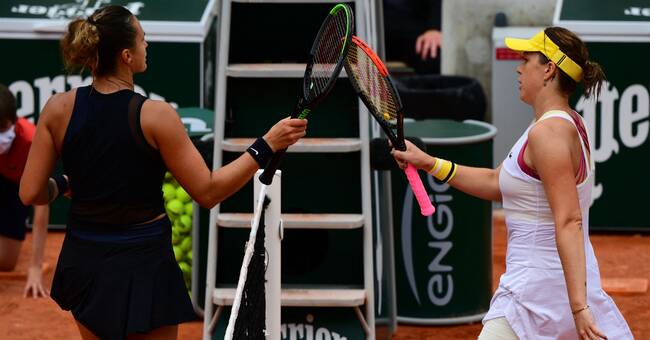 First, two of the favorites, Ash Barty and Naomi Osaka, withdrew from the French Open.

And now Aryna Sabalenka has also had to leave the championship.

The 23-year-old lost the match against Anastasia Pavlyuchenkova in the third round.

Sabalenka started the match well and took the lead with 3-0 in the first set, but Pavlyuchenkova bounced back and managed to turn the numbers in the same set to 6-4.

In the second set, Sabalenka would do better and get 2-6.

From there, however, it went downhill.

Pavlyuchenkova showed her best side when she won in the last set with a clear 6-0.

Former world number one Victoria Azarenka advanced to the fourth round for the first time since 2013. She defeated American Madison Keys 2-6, 2-6.

- I knew it would be high intensity right away, says Victoria Azarenka.

Azarenka will face Anastasia Pavlyuchenkova next.