Brynäs won the SHL qualifier against HV71 but behind the scenes it was an association in crisis. Management problems and an unhealthy culture made several people choose to quit. But the heaviest blow came when two players were suspected of violence in close relationships and rape, respectively. 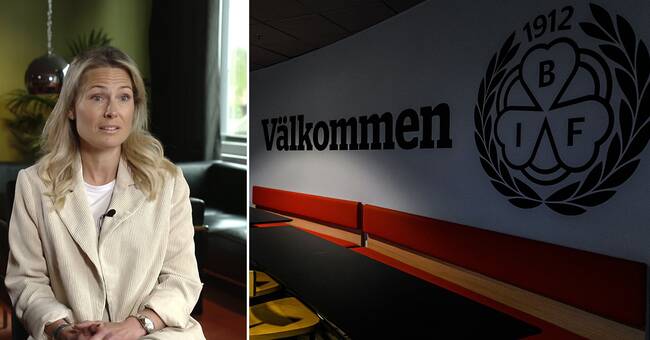 Brynäs ladies won a Swedish Championship silver this spring while the men barely managed to stay in the SHL after qualifying games.

But the crisis within one of the most traditional hockey associations in Sweden was total in the spring with staff flight and players suspected of crime.

- These are not funny things, the accusations are not ok.

I think many in the group thought it was hard too, but somewhere we try to focus on training and getting better and try to put effort and focus on it, says Anton Rödin.

As the players were suspected of violence in close relationships and rape, respectively, Unicef ​​chose to break off cooperation with Brynäs.

During the past year, many people have left voluntarily or been fired from Brynäs.

An external analysis of the association was done last winter and it showed major leadership shortcomings, an unhealthy culture and communication problems.

- Basically, I would say that there is a lack of leadership from the top management, it has been messy the last two or three years, says Viktor Alner who runs Brynäspodden.

Now a wounded association is trying to rise again.

- The next year is super important, it is important that we work together and make all the parts one.

We will go from the bottom to the top and that applies to the whole, says Jennie Brobeck, one of two acting club directors.

The work of restoring a damaged trust and getting a functioning organization back has begun.

The same people who did the external review of the association are also those who have now temporarily taken over as club directors - two external consultants who lead the change work in Brynäs.

- It is clear that you do not set a change that is about culture, leadership and formal systems directly.

It is absolutely no quick fix, says Gunnar Ekman, one of two acting club directors.

The majority of the board remains

Two of the seven on the board, including the chairman Jürgen Lorenz, have chosen to resign at the next annual meeting, which is at the end of June.

It is a board that both supporters and sponsors have harshly criticized.

- Now it is a matter of trust for me, the board must rebuild trust and the association must build trust with our sponsors, our members and our organization, says board member Ulrika Spåls.

CLIP: See the full report in the player here: