Lundkvist is examined after the injury

Nils Lundkvist limped off the ice after a tackle against Switzerland. How bad it is with the Tre Kronor hill is still unclear. The 20-year-old is now being examined during the day. 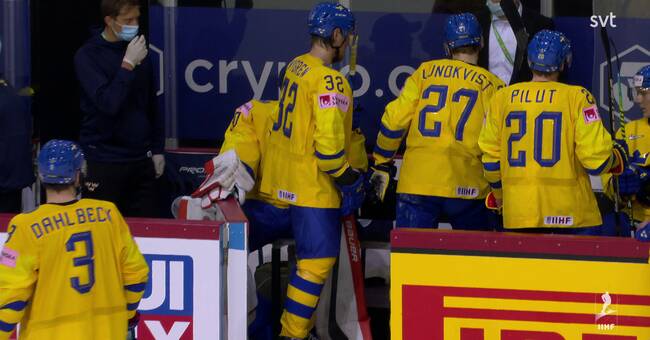 Sweden led Switzerland 7-0 when Nils Lundkvist was tackled in the third period.

The hill first sat down in the booth before he limped out into the locker room, which worried SVT's experts Jonas Andersson.

- This is where Sweden's best defender goes out, said Jonas Andersson.

- A huge break, he is dominant on the back side in Sweden, said Håkan Loob.

During the morning, Tre Kronor gave an update about Lundkvist, but it is still unclear how it is with him.

"During the day, he will continue to be examined.

We will return with more information ", they write.