Davis and LeBron rescue the Lakers and tie the Western series

Brilliant performances by Anthony Davis and LeBron James in the final minutes gave the Los Angeles Lakers a 109-102 win over the Phoenix Suns on Tuesday in the NBA, ... 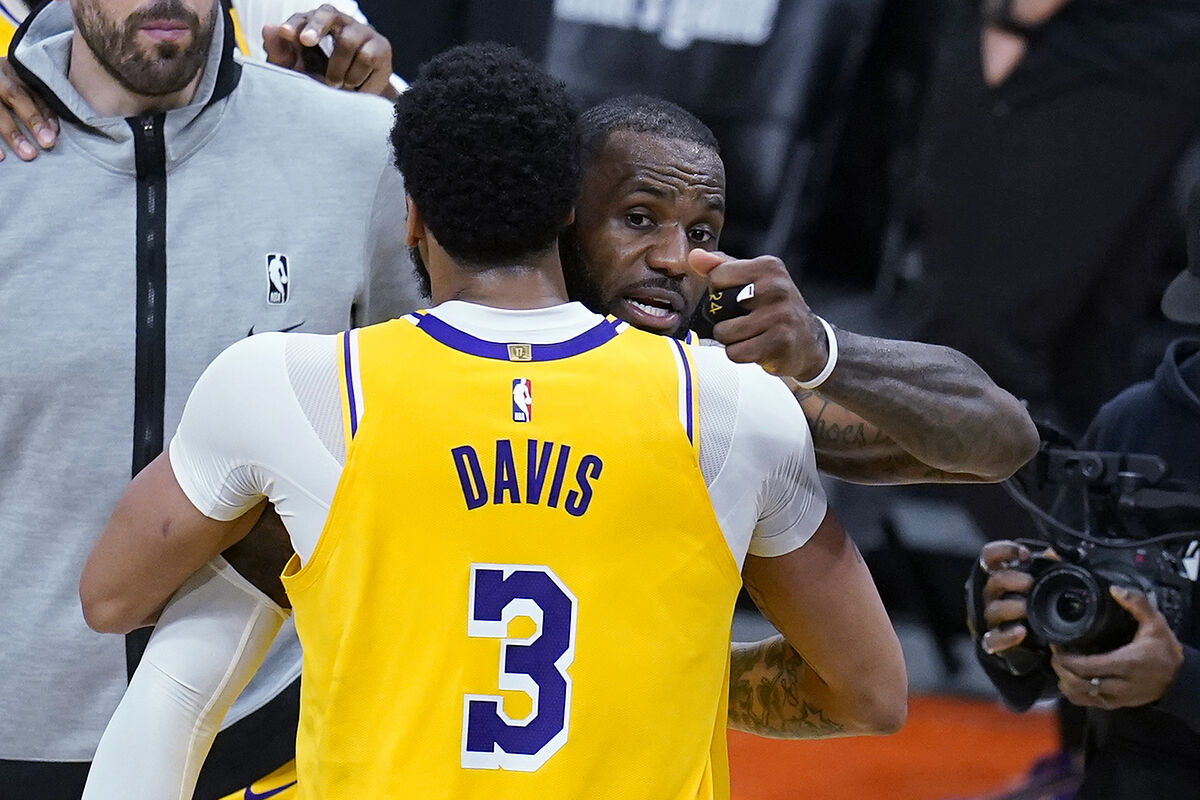 in the final minutes gave the

in the NBA on Tuesday

tying the playoff series to one win per side in this conference game West.

A LeBron basket with about three minutes to go

A six-point run in a minute and a half by Davis then gave the Lakers a 100-92 lead at the time.

And to top it off,

a LeBron triple with 50 seconds to go

put the reigning champions ahead 103-94 and the die was already cast.

will be the third game of this

Now the Suns, making their

first playoff appearance in 11 years, will

try to stay afloat in their two road games.

Meanwhile, with extensive experience in the playoffs, especially four-time champion LeBron, the Lakers are well aware that a loss does not make a series after the setback in the first game and they know that they now have

a two-game lead on their court. .

NBA 2020 - 2021What is play-in, the new NBA format criticized by LeBron James and Doncic

LeBron's 'miraculous' triple to save the Lakers: "I saw three hoops and aimed at the one in the middle"