The fifth stage of the Formula 1 season, the Monaco Grand Prix, has come to an end in Monte Carlo. The first career victory on this track was won by Max Verstappen, who also took the lead in the overall standings. His main pursuer Valtteri Bottas prematurely retired due to problems with a wheel at the pit stop. In turn, the qualifying triumphant Charles Leclair did not even go to the start. And the Russian Nikita Mazepin took the penultimate, 17th place. 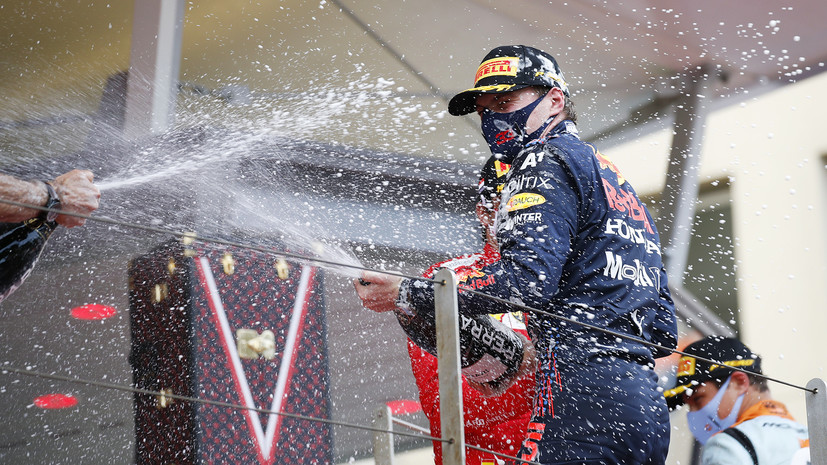 The Monaco Grand Prix has returned to the Formula 1 calendar after a year's absence.

Due to the coronavirus pandemic, the most prestigious stage could not be held last season, and it was also not possible to postpone it for another period - blocking the streets for the sake of races is not possible at any time of the year.

This season has shown that there is no clear favorite in the "royal races" yet. Although Lewis Hamilton won three out of four victories, Max Verstappen was often very close to him, and the Briton's partner in Mercedes Valterry Bottas just did not have a single chance to compete with the Red Bull pilot. The Monaco Grand Prix was supposed to twist the intrigue even more - after all, at this stage, the advantages and disadvantages of the teams are smoothed out, since everyone has an equally hard time in the narrow city streets.

And the first free practice, which took place on Thursday, just showed that Mercedes does not have a noticeable superiority, but Ferrari has it. At first, Carlos Sainz lost only to Sergio Perez from Red Bull, and in the evening the Italian team took the first two places. Charles Leclair, who experienced problems in the first training session, headed the protocol in the second, winning almost four-tenths against the leaders of this season Hamilton and Verstappen.

Not only the Monegasque, but also Nikita Mazepin, who played here earlier in Formula 2, tuned in for a successful weekend.

On Thursday, he finally managed to win a small victory over himself - in both sessions of free races, the Russian was faster than his Haas team-mate Mick Schumacher.

At the same time, Mazepin overtook either George Russell from Williams, then Yuki Tsunoda from AlphaTauri, who admitted that he had recently learned that in Monaco the racing weekend traditionally starts on Thursday, not Friday.

On Saturday before qualifying, Mazepin made even more progress.

His best time has already exceeded the results of four riders at once.

And although this time he lost to Schumacher, he got a better position for himself on the starting grid in advance.

The German crashed his car during the final training session and could no longer participate in the qualification.

Ferrari, however, continued to demonstrate combat readiness for the Monaco Grand Prix.

Although Verstappen headed the protocol, Sainz was just 0.047 seconds behind him and Leclair just over a quarter behind.

At the same time, the Mercedes pilots did not impose any struggle at all, losing too much for such a slow track.

Bottas in qualifying was still able to remind of himself.

He won the first session, handling heavy traffic, without which it is impossible to imagine any race in Monaco.

In the second round, Leclair already came out ahead, to whom Verstappen and Bottas lost less than one tenth of a second.

The leader of the championship and this time was far from the struggle of the leaders and reached the final with the same seventh result.

The first attempt at the third segment consolidated the results of the previous one - Leclair, Verstappen, Bottas and Sainz still occupied the first four places, and Lando Norris in McLaren and Pierre Gasly in AlphaTauri now settled between them and Hamilton.

The position of the riders could still change, but in the end everyone stayed in their places because of Leclerc.

The leader of the qualification crashed his car, and the last session had to be completed ahead of schedule.

He became the first Monegasque to win pole position at the home Grand Prix, but instead of celebrating, he had to rely on his mechanics to have time to restore the car before the start of the race.

Mazepin, after good results in Saturday's training session, took a big step back.

In qualifying, he failed to overtake anyone, and the gap from the nearest to him Nicholas Latifi from Williams was almost six-tenths of a second.

The Russian had to again be on the last row of the starting grid, but already ahead of Schumacher.

Perhaps the main surprise of the Monaco Grand Prix was the retirement even before the start of the race of the winner of the Leclerc qualification.

The Monaco native was determined to win a home victory and seemed to have every chance of it.

However, in the end he was in for a great disappointment - the 23-year-old pilot did not even go to the start.

During a check on the setting circle, it turned out that the gearbox simply did not work on his car.

Physically, there was no way to replace her, and therefore the upset Charles had to return to the pits.

At the start, the main struggle unfolded between Verstappen and Bottas.

The representative of the Netherlands managed to repel the attack of the Finn and retain the lead.

Thus, he made a huge contribution to the future victory, because it was now almost impossible to bypass the young athlete in the narrow streets of Monte Carlo.

And he himself showed excellent speed, over and over again updating the best circle.

By the way, Mazepin allowed his teammate Mik Schumacher to get around him and walked in the tail of the peloton.

Very quickly, the lag of both of the leaders became circular.

Meanwhile, Verstappen himself calmly kept Bottas at a distance.

The Finn did not manage to get closer than two seconds to the opponent.

And at the only pit stop, a real disaster awaited him.

The front right wheel is stuck on the car.

The mechanics tried to solve this problem for about two minutes, but as a result they were forced to signal the retirement.

So, Verstappen was left practically without rivals.

In addition to Bottas, Schumacher Jr. had serious problems with the car.

Because of them, the German missed Mazepin ahead and dropped to last place.

The pilot quickly returned to the track and quickly regained the first line.

Meanwhile, Carlos Sainz Jr., who had a great race, moved to the second, and Lando Norris from McLaren, who managed to win back two positions at once, to the third.

An even greater leap was made by Sergio Perez, who rose from ninth place in qualifying to fourth.

Moreover, the Mexican tried to break into the top three to the end.

His moments lag behind Norris was even less than a second, but, as you know, overtaking in Monte Carlo is extremely rare.

But the intrigue in the struggle for victory, unfortunately, died quickly enough.

Another 20 laps before the end, Sainz lagged behind Verstappen by a few seconds and promised the mechanics on the radio to try to get the fugitive.

But absolutely nothing came of this venture.

The Spaniard ended up losing almost nine seconds to the representative of the Netherlands.

It is also worth noting Hamilton, who, at the very end of the race, deliberately entered the pit stop to show the fastest lap, and easily completed the task, improving the result of Yuki Tsunoda by almost a second.

Thus, the Briton earned an additional point to the six that he received for getting into seventh place.

But in the general classification, the leadership was taken by Verstappen, who won for the first time in his career in Monaco and now has 105 points.

He and Hamilton are only four points apart.