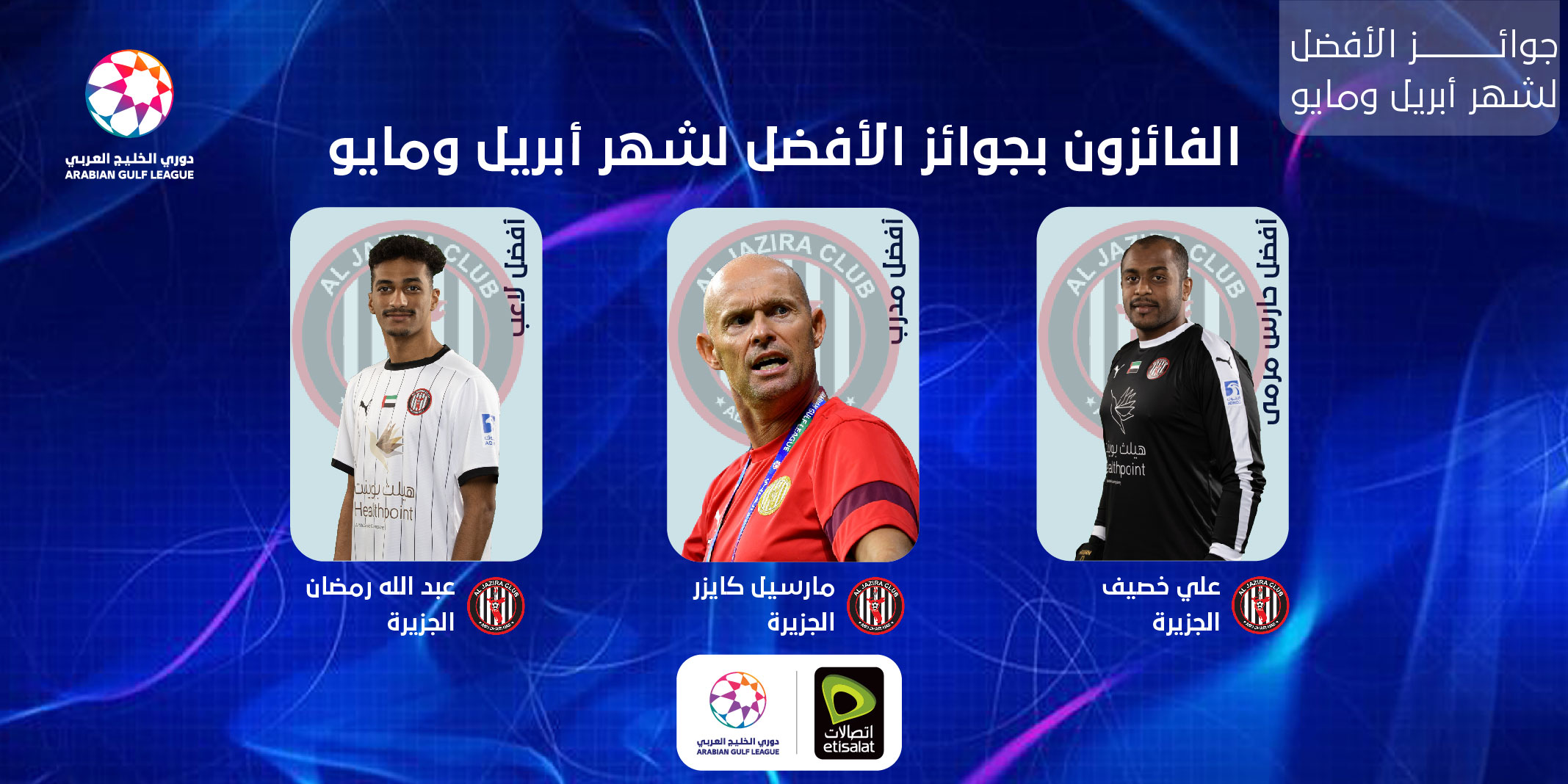 The announcement of the winners came with the end of the vote through the official website, and the association's application on smartphones and tablets, with the participation of a large number of fans and followers of the Arab Gulf League, from inside and outside the United Arab Emirates.

The Al-Jazira trio excelled in the April and May harvest, as Abdullah Ramadan, the Al Jazeera midfielder, won the award for the best player in the Arab Gulf League for April and May, after his distinguished performance that helped lead his team to win the league title in the four decisive confrontations.

The list of candidates is selected through the statistics provided by the international company "Opta", which specializes in sports statistics. The statistics are limited to performance in the Arab Gulf League only, and the public has the opportunity to vote.