Fridolina Rolfö struck directly against Frankfurt. She opened the scoring when Wolfsburg won 3-2. 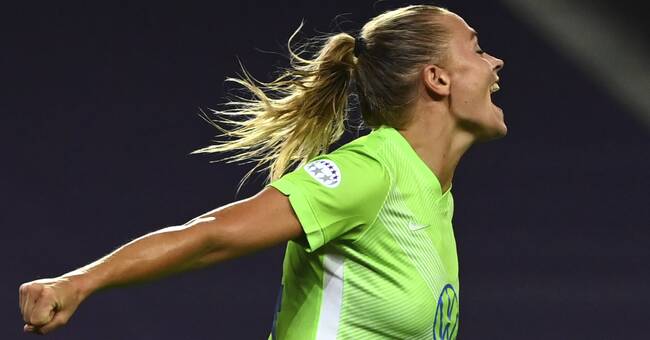 It took two minutes before Merle Frohms in Frankfurt's goal failed to box the ball away.

Rolfö was quick on the return and easily nodded in the lead goal.

And that even today when she in the 31st minute extended Wolfsburg's lead.

In the second half, Frankfurt chased a reduction and received a dividend after just three minutes.

But in the 56th minute came a setback for the home team Frankfurt.

Tanja Pawollek scored an own goal.

The home team pressed and managed to reduce once again when Laura Freigang scored the final score 2-3.

Rebecka Blomqvist came on for Wolfsburg 79 minutes into the match.

And with one round left, Wolfsburg have two points up.

At the same time as Wolfsburg faced Frankfurt, Bayern played against Leverkusen.

Hanna Glas played from the start, but was replaced by Amanda Ilestedt in the 88th minute when their Bayern won 4-0.