Last winter, we broadcast six World Cups in a row. Now it's time for a new sports marathon on SVT. On Friday, May 21, the race begins. July 11 is the finish line. 51 days and 363 shipments later.&nbsp; 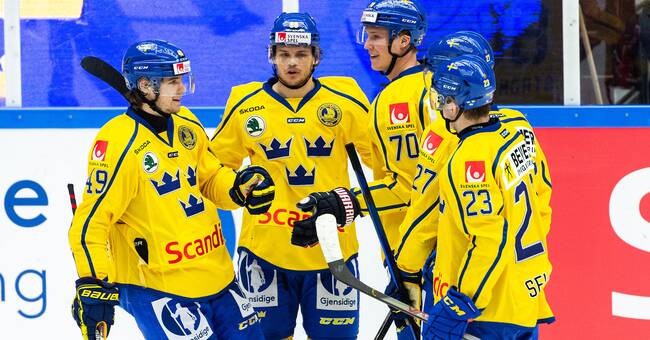 The plan is seven magical weeks together with you TV viewers and some of Sweden's most popular national teams.

In the table you will find, among other things, the World Cup in ice hockey with Tre Kronor and the men's European Championships in football.

But there will also be basketball, orienteering, equestrian sports, rallies, athletics, news broadcasts, reviews and much, much more.

Our ambition, to broadcast from major events with blue and yellow national teams and have Sweden's broadest sports coverage, will really be seen on TV during this period.

First out is the hockey World Cup between 21 May-6 June.

It is the biggest hockey investment we have ever made and we welcome the entire Swedish people to SVT during these weeks, because the hockey World Cup is so popular.

When we broadcast in 2019, the hockey World Cup was the most watched television program of all ages and in all target groups.

Tre Kronor comes hungry for revenge at the World Cup.

Two years ago, there was a travel pass already in the quarter finals.

Now we are keeping our fingers crossed for a gold match for Sweden on the actual national day 6 June.

Five days after the World Cup, it's time to kick off the European Football Championship. You can watch the opening match on June 11 on TV4, with which we share the championship. But Sweden's premiere match is broadcast live on SVT and it's not just any match. So book the TV sofa, pull on the blue and yellow shirt, take time off from work and recharge really before 21.00 on June 14, we show Spain-Sweden!

Football championships in SVT and TV4 have been the most popular sports broadcasts on Swedish television since 2016.

Not even the Olympics gather as many Swedes.

During the WC 2018, SVT set a Swedish record in streaming when Sweden met Mexico, the terabit embankment was broken and we saw a clear shift from traditional linear TV to consumption via SVT Play.

That you viewers want to take part in sports when, where and how you want to become obvious and there was a paradigm shift in the television industry.

In addition to the European Championships, SVT also broadcasts several other football highlights.

Not just football and ice hockey

Sweden's two most popular sports, football and ice hockey, will thus dominate the table in the near future, but we also offer many other highlights with Swedish sports stars.

In the Italian rally in Sardinia June 3-6, our Värmland star shot gets a new chance against the world's best rally driver.

Of course, SVT also broadcasts other competitions from the World Rally Championship during the period.

… World Cup in orienteering in July.

Will there be new medals in a few weeks for the Swedish orienteering national team?

… Peder Fredricson at home when the Global Championship Tour comes to Stockholm.

The classic Gothenburg Horse Show competition was canceled earlier this spring, but now all equestrian lovers get a chance to see the world's best live on SVT.

… Armand Duplantis with a view to really high heights in Diamond League and other Swedish stars in Folksam GP.

Plus tomorrow's stars who show up at the U23 European Championships in athletics in July.

Then we will broadcast the entire SM final series in basketball for men and every day you get today's most important news and best sports pictures packaged in Sportnytt which broadcasts both morning and evening.

I will also soon be able to tell you about additional sports broadcasts that are expected on SVT, but it is a secret for a while longer.