The prestige recruitment needed six matches - then came the dream meeting. Marek Hamsik, 33, offered a fantastic goal against Sirius. But Christian Kouakou scored two goals and fixed 2-2 for the away team. 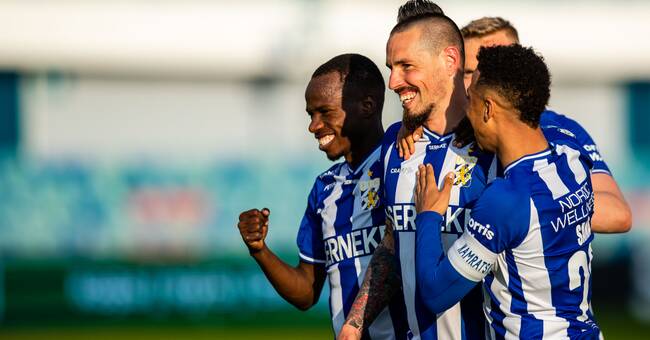 Marek Hamsik was a star signing when he was presented just before the Allsvenskan started.

He was initially injured, but has started in recent matches.

Against Sirius, he made his sixth appearance, fifth from the start.

In the 52nd minute, IFK Gothenburg got a corner.

Marek Hamsik was on the second wave and had the opportunity to push the ball when it bounced out after a nod duel.

The Slovak showed high class when he pulled with his left foot and sent the ball up in one cross.

A dream goal that gave Blåvitt 2-1.

But just over ten minutes later it was acknowledged.

Christian Kouakou, who has a past in IFK Gothenburg, sent in 2-2 with his head.

It was his second goal of the match as he also scored the 1-1 goal for Sirius.

Kevin Yakob scored the first goal of the match.

Blåvitt has only won one of the first seven league matches this season.