Belgian star to the European Championships after serious injury

It is now less than a month left until the European Championships and the troops have begun to be presented. When Belgium's national team captain Roberto Martínez presented his squad today, Axel Witsel was present despite his nasty injury. 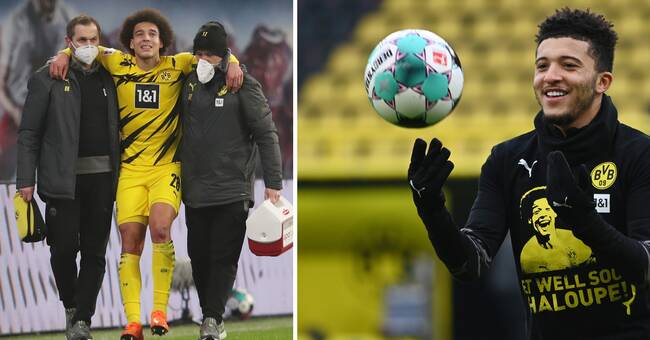 The hamstring broke in January and has stopped all play since then.

- When the troops have been expanded to 26 players, there is more room for chance.

He has a unique profile, says national team captain Roberto Martínez to Belgian television about the long-term injured Dortmund midfielder.

Witsel is of great importance for the ball winning behind Belgium's many offensive stars.

That he would be given a chance in the squad was expected after positive news of his recovery.

However, there will be no given European Championship place for Alexander Isak's teammate Adnan Januzaj.

The Real Sociedad midfielder is for the time being among Belgium's eleven reserves at home.

In the European Championships, the "red devils" will face Finland, Denmark and Russia in group B.

CLIP: Three questions about: Zlatan misses the European Championships (May 15, 2021)