Coach Mahdi Ali registered his name as one of the best coaches in the history of UAE clubs, after he led Shabab Al-Ahly to achieve the "historic triple" after the team won the Super Cup titles, the Arabian Gulf Cup and the President's Cup. 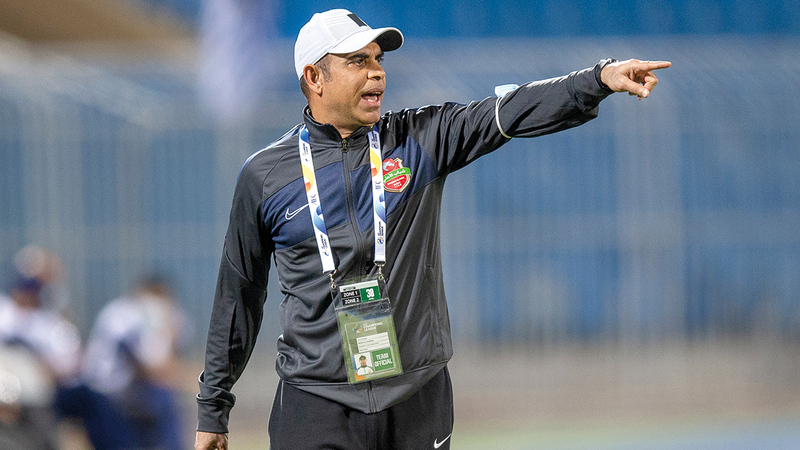 The best coach in the history of the Emirates has returned to the fore ... "The national team and the club"

Coach Mahdi Ali registered his name as one of the best coaches in the history of UAE clubs, after he led Al-Ahly youth to achieve the "historic triple" after the team won the Super Cup titles, the Arabian Gulf Cup and the President's Cup. After his departure from the national team training in March 2017.

Mahdi Ali achieved a number of exceptional records through which he built a skyscraper of the Al-Ahly Youth Championships (the most crowned club this season), after his leadership to crown the President's Cup for the tenth time in its history, the day before yesterday, by beating victory with two goals without a response in the final. Hazza Bin Zayed Stadium in Al Ain, to confirm that he is on his way to writing a new history in the world of training with clubs, after he registered his name as one of the best coaches in the history of the national team.

While Mahdi Ali took over the training of Shabab Al-Ahly on December 15, 2020, succeeding the Spanish coach Gerard Zaragoza, and the "Dubai Knights" was at its worst, with the team's results in the league falling to seventh place, the team within 153 days under the leadership of Mahdi Ali achieved results Wonderful, as he led the team in 32 games and won 20 games, drew in nine games and lost only three games, while he scored 59 goals and conceded 29 goals, and he did not lose in the last 25 matches he played in the local championships, while achieving the most important progress of the team from seventh place To the third, he also won three championships as the best club in the current season, along with the island, which won the league title.

"Al-Muhandis" previously took over the training of Al-Ahly youth on two occasions in 2009 and 2017, and the Baniyas team in 2011, and the irony is that his two previous experiences with Al-Ahly youth were temporarily assuming the task, as he led the team in 2009 in 12 games from November to February 2010. And he won in his first term six games and one draw, and lost five matches, while in the second state he came in December 2017 to succeed the Romanian coach Olario Cosmen, and he led the team until the end of the season in May 2018, and fought with the team 19 games, winning 8, losing 6 and drawing in 5 matches, as Shabab Al-Ahly finished fifth in the Arab Gulf League, while they were eliminated from the semi-finals of the President's Cup and the Arabian Gulf Cup.

Mahdi Ali became the fourth citizen coach to achieve the President's Cup title, after Rajab Abdul Rahman won the title with Al-Nasr in 1989, Friday Spring with Sharjah in 2003, and Barout's Eid with the Emirates in 2010.

For his part, “the engineer” became the “knot” for Al-Nasr club and the Argentine coach Ramon Diaz, after Mahdi Ali won with Shabab Al-Ahly the two championships of the Arab Gulf Cup and the President's Cup at the expense of the “Al-Ameed”. Last May, in the 26th round, with three goals to two goals, to keep Al Azraq from qualifying for the AFC Champions League.

Mahdi Ali is considered one of the most important national coaches in recent years, and he has a career, experience and great achievements, most notably his leadership of the Olympic team to qualify for the first time in its history to the Olympic Games by participating in the London Olympics 2012, and he also achieved the Asian Cup with the 2010 youth team, and the silver of the Asian Games with The Olympic team in the same year, while he led the national team to win the 2013 Gulf Cup, and achieved third place in the Asian Cup with the "white" in 2015, before he resigned from his post in March 2017 due to failure to qualify for the 2018 World Cup finals in Russia.

The fourth national coach to achieve the President's Cup title.

May 11: Prevent him from qualifying for the AFC Champions League.

Al-Ahly youth under the leadership of Mahdi Ali

- Third place in the league.

- The team did not lose another.