Guide before the CL final: Barcelona-Chelsea

Final on Swedish soil without any damallsvenska teams, but both teams have several connections to Sweden. Here you can read everything useful and a little more before the Champions League thriller between Barcelona and Chelsea. 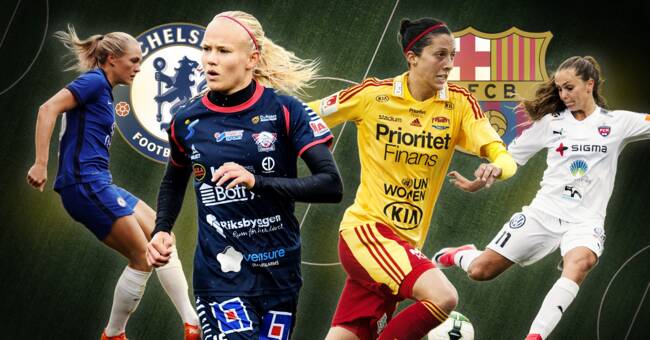 The match is broadcast on TV6.

For the first time in over ten years, the tournament will have a winner from a country other than France or Germany.

Both played for several seasons in Linköping, where the Danish world star Pernille Harder also lived.

Harder is one of Chelsea's sharpest offensive weapons.

Maren Mjelde, leading in both Chelsea and the Norwegian national team previously played in Kopparberg Gothenburg (now Häcken), Mjelde is, however, on the injury list at the moment.

Norwegian Caroline Graham Hansen and Spanish Jenni Hermoso both played for a time for Tyresö.