The 2019 winner of the Tour de France, Egan Bernal, shifted up and won today's tough stage in the Giro d'Italia which ended on a gravel road in the mountains. He jerked in from the last 500 meters and went up in the overall lead after being third before today's test of strength. 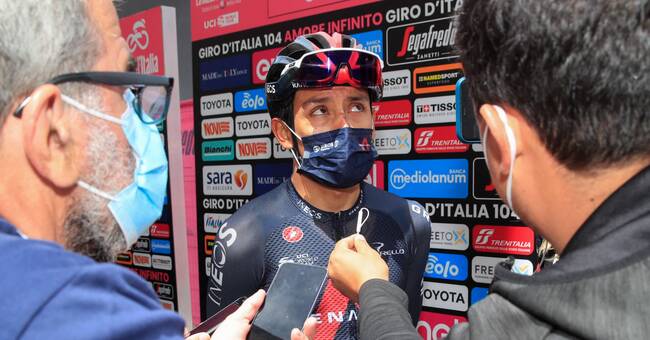 - I can not believe that it has happened.

I just won my first stage in a Grand Tour.

I had to make many sacrifices to end up in this position after the Tour de France last year.

I am so happy, says the Colombian according to Cyclingnews after the finish on the ninth stage in Campo Felice at 1655 meters altitude after 158 hilly kilometers.

The leader before the stage, the Hungarian Attila Valter, lost early in the final climb and is now fifth in total.

New second overall is Remco Evenepoel who was fourth on today's stage.