442 days without an audience in the stands, with canned sounds and the teams away from the heat of their fans. The season ticket holders of Valencia and Villarreal were the lucky ones ... 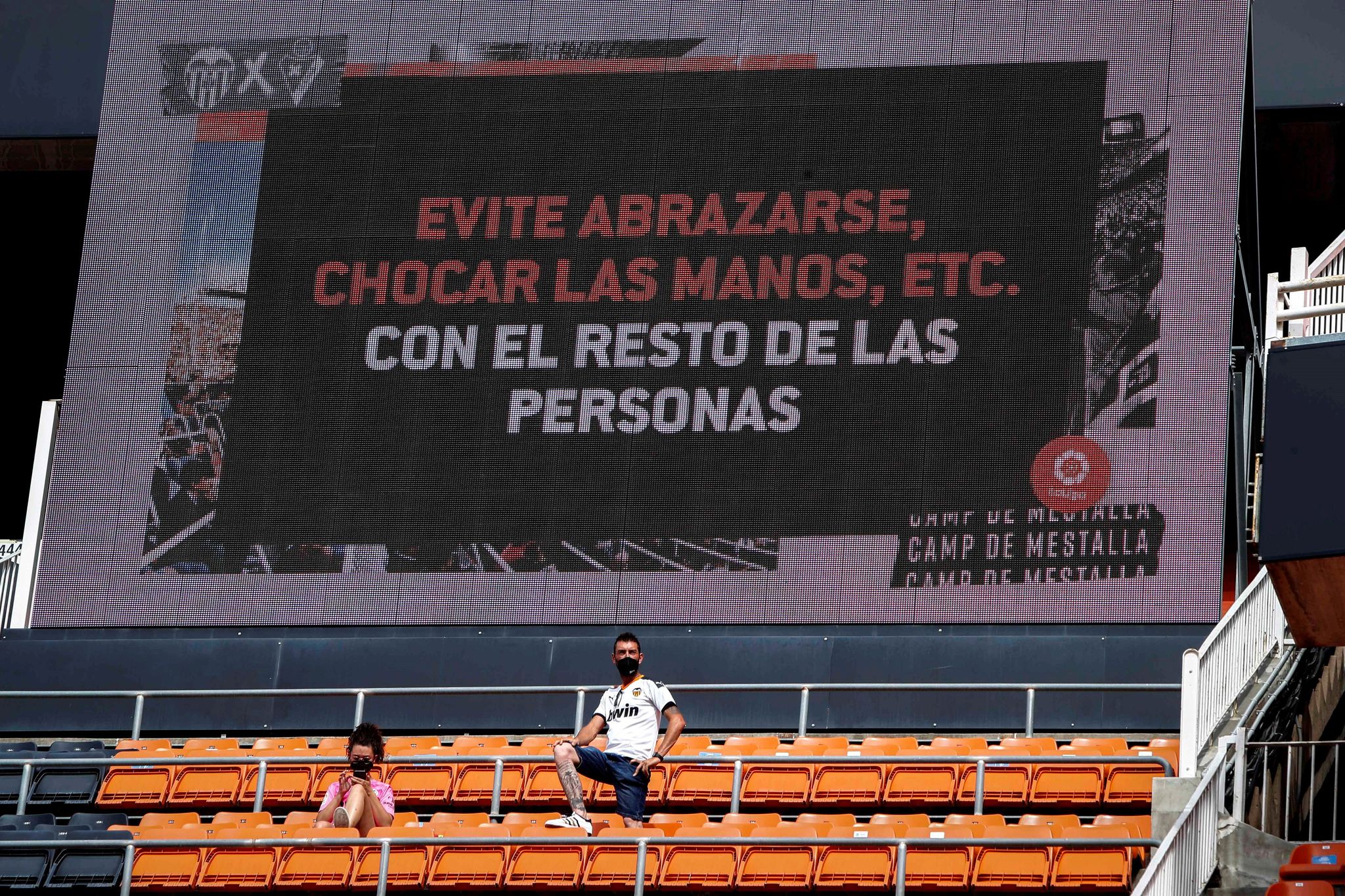 442 days without an audience in the stands, with canned sounds and the teams away from the heat of their fans.

The season ticket holders of

were the lucky reoccupied their seats in the fields, mask, safety distance and withstanding temperatures of high

summer but close to his players to give their applause. In the case of

, 5,000 chosen by lottery celebrated a season that will close with a European final. But it was in Mestalla where the most peculiar situation occurred:

paid (yes, the club put tickets on sale) to experience a game after 15 months. The reason is that they have been very, very dark months.

. A powerful new image of rejection of property that will accompany that of the demonstration last Saturday. That was stronger than the desire to support

, Jaume or Paulista for the suffering of having fought on the edge of the abyss. However, not all were guided by that fury, not even half of those who renounced the return of their part of the 2020 pass and had the right to return, after paying between 15 and 35 euros, 20% more expensive than the last Valencia-Eibar.

"Not a penny more to Meriton"

, said Pep, a fan with a seat in the upper stands who went to the outskirts of the field to protest. There were many who opted for this option. From outside the stadium, those inside were cheering, scattered around the stands and heated. It didn't take long for the 'Peter, go away' and the 'Anil, scoundrel, out of the Mestalla' to appear.

"It has not even been easy to get the tickets

. They have made it very difficult for us," said Patricia, a Bétera fan who came to the field with Héctor, her husband.

He was very clear about his behavior on the field: "When the players come out I will applaud, because I know what players like Soler or Gayà will have felt. But

And that was what happened from outside the stadium.

Poster that recalls the rules that fans must comply with in Mestalla.EFE

The supporters had to come with their printed ticket between

before the start of the match, to avoid the queues.

The seats marked with a blue sticker five feet away.

(there is not much reason for it in Mestalla).

You couldn't smoke, eat and drink either, the most difficult thing to do.

The club gave a bottle of water, little for the fair sun in the Grada La Mar that almost prevented breathing under the FFP2.

Valencia wanted to dress up the game, with a

It wasn't just to set the mood and remember safety rules.

The volume of the PA system is a weapon that Meriton has always wielded at will.