Nadal reduces the giant Opelka and will seek his tenth title

After Novak Djokovic came back to life at the resumption of his quarterfinal match against Stefanos Tsitsipas, postponed on Friday due to rain, it was the turn of ... 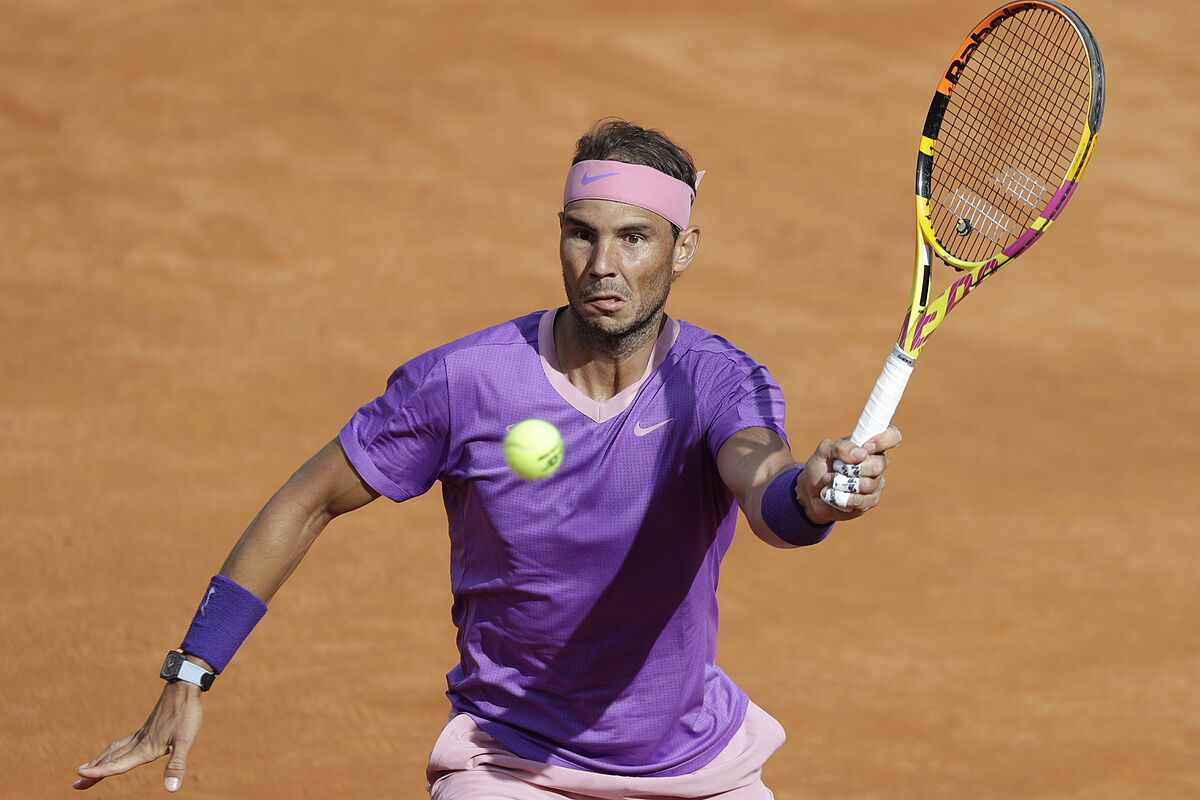 back to life in the resumption of his quarterfinal match against

, postponed on Friday due to rain, it was the turn of

, whom the skies respected in his match against

, to face their semifinal duel. The Spaniard brought down

, who, in his first appearance in this round of a Masters 1000, demonstrated his limitations when he lost called his best weapon. Nadal was the first to break his service in this competition and defeated him 6-4 and 6-4, in one hour and 32 minutes, thus qualifying for his twelfth final in Rome, which will be played this Sunday against the winner of the match between Djokovic Y

He has won 61 of his 87 tournaments on this surface.

On the way to 35 years, Nadal is fulfilling round figures, only available to a small group of players: on November 5, in Paris-Bercy, he achieved his 1000th victory on the circuit by beating

Champion of the Count of Godó and quarter-finalist in Monte Carlo and Madrid, the Spaniard refines in the Foro Italico his set-up for Roland Garros, where he will seek the fourteenth title and thus surpass

No one was counting on Opelka at this point in the tournament. The 47th American made his debut in Rome with a record of only two victories in the 12 matches he had played on this surface in ATP tournaments. The first hot flashes soon came for Nadal, who faced four break balls in his second shift on duty. Losing a serve to an opponent of these characteristics, even on clay, can be dramatic. Not only did he save them, but it was he who made the most of the one that was offered to him in the next game and opened a gap on the scoreboard.

Opelka hit everything, but showed the logical mobility problems when the Spanish was able to prolong the exchanges. His only recourse beyond solving for the brave with a serve that did not work for him as on other occasions was to close as soon as possible with a forceful blow. Unlike other rivals in Rome, Nadal managed to subtract a considerable percentage of second serves, put him to play, which was what it was about, and it happened when he pounced on the tape.

Nadal, firm with his serve, completed the job with a new

in the third game of the second set.

With opponents of these characteristics, the breaks acquire a dimension of the fast surface.

Little more was learned of Opelka's intimidating power after his stake at the dawn of the match.

To the rest he was docile.

And his serve, with

, shrunk in relation to previous games, where he had accumulated a total of 77.

TennisNadal and Tsitsipas, protagonists of the best possible final in Barcelona

TenisRublev: "The mind makes the difference"

TennisAn immense Rublev knocks down Nadal on his favorite stage