Why did Al Ain defender Shiotani miss the J-League atmosphere?

Al Ain team defender, Japanese Tsukasa Shiotani, admitted that he missed the atmosphere of the Japanese League, which he moved to Al Ain in 2017 because he has many friends currently playing there and that he is interested in watching the matches from time to time. 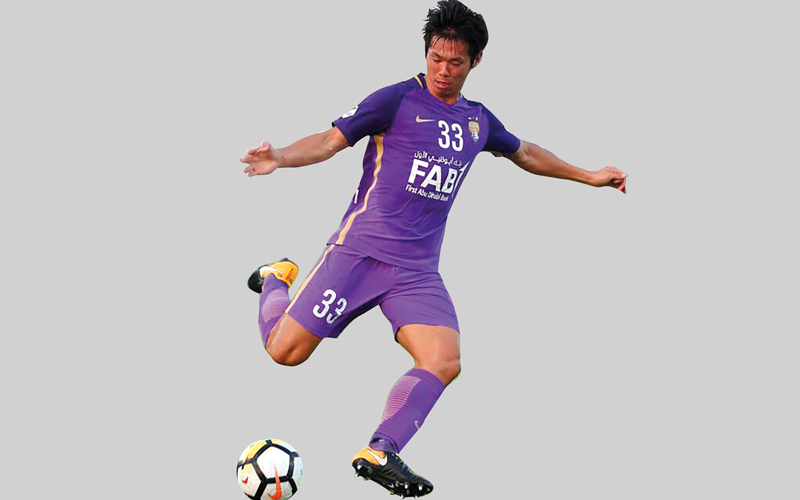 Why did Al Ain defender Shiotani miss the J-League atmosphere?

Al Ain team defender, Japanese Tsukasa Shiotani, admitted that he missed the atmosphere of the Japanese League, which he moved to Al Ain in 2017 because he has many friends currently playing there and that he is interested in watching matches from time to time.

Shiotani said in an intervention during a meeting with members of the Emirates Deaf Association as part of his response to a question about whether he missed the atmosphere of competition in the Japanese League, he said: “Yes, sometimes I miss the J-League, because I have some friends there, and sometimes I watch their matches, but I Happy in Al Ain Club. "

In response to a question about his future after football, he said: "I hope to play until I turn 40 and after that I will retire and devote myself to my academy in Japan, and at that time I will become a coach and teach children football."

Commenting on a question about the atmosphere in the stadiums without an audience, he said: "The truth is that the fans of Al-Ain missed us a lot and I hope to meet them soon to support the team from the stands."

Regarding the reasons for Al Ain not crowning any championship during the past three seasons, he said: “I think it is the most difficult question, but there are many reasons, including absences due to injuries and the enrollment of some players in the national service. Things that may have affected these factors on the team, but we remain responsible for The situation is not good, and I hope we forget the past and work hard for the future in order to be champions in the next season. "

Regarding his participation in the Club World Cup and his most beautiful memories in the World Championship, he said: “I think that the answer to this question is also difficult, because all the matches in this tournament are important. However, facing Real Madrid and the goal I scored in the final is my history, for me and Al Ain Club, which represented Emirati football is honorable. "

In response to a question that since he came to the Emirates in 2017 and until now, how he describes the relationship for him and his family in the city of Al Ain, he said: “When I came to Al Ain, I did not know much about it, but after I spent about four years there I loved it very much and will not broadcast a secret if I say It is the most beautiful city for me and my family. "

Commenting on a question about the situation that the world is experiencing in the face of the Corona pandemic, he said: "The UAE is one of the best countries in the world that has succeeded in tackling the pandemic due to its high capabilities and superior health measures, as well as putting in place strict controls, to protect all members of society."