Yesterday, the Handball Federation announced its full commitment to implementing all the provisions of the Sports Arbitration Center decision related to the dispute No. (112) for the year 2021, which decided to confirm the victory of Shabab Al-Ahly over Al-Ain with a result of "22-29", and the consequences thereof, by announcing the hand team In Shabab Al-Ahly Cup champion 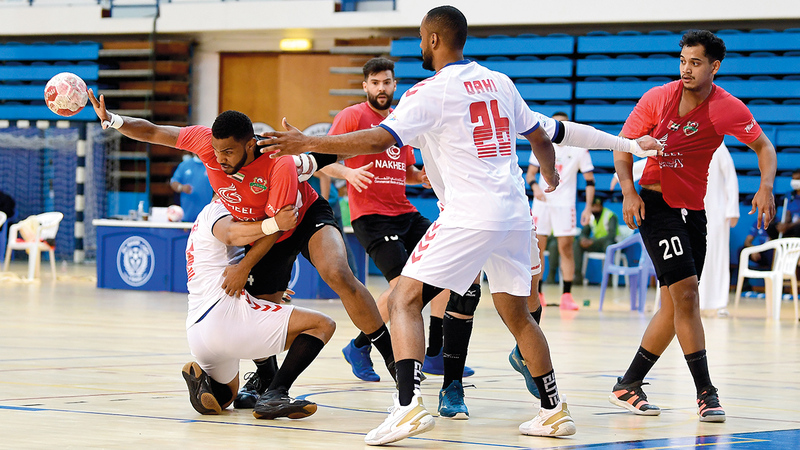 In compliance with the decision of the Sports Arbitration Center

Yesterday, the Handball Federation announced its full commitment to implementing all the provisions of the Sports Arbitration Center decision related to the dispute No. (112) for the year 2021, which decided to confirm the victory of Shabab Al-Ahly over Al-Ain with a result of "22-29", and the consequences thereof, by announcing the hand team In Shabab Al-Ahly, the champion of the Emirates Cup for the 2020-2021 season, and the title was withdrawn from the Sharjah team.

The Secretary-General of the Handball Federation, Nasser Al-Hammadi, told "Emirates Today", "The Hand Federation has actually committed and guaranteed the decision of the Emirates Center for Sports Arbitration, related to the issue of the dispute before the exceptional room in the Arbitration Center, submitted by the Al-Ahly Youth Club last January, against the decision The Hand Union considered (Dubai Knights) a loser for its meeting against Al Ain with a score of (0-10), based on the violation of the registration regulations in the match that brought the two teams together on the 18th of the same month, and ended at that time with the victory of Shabab Al-Ahly over Al Ain (22-29), which complemented his victory. On the final day of the final round against Sharjah (25-24), and the consequences of it by declaring him a champion of the Emirates Cup.

He explained: “Based on the decision of the Sports Arbitration Center, Shabab Al-Ahly finished the final round in first place with two consecutive victories, with a score of six points, two points behind Sharjah, who fell to second place with four points, and Al Ain finished third with two points. .

For his part, the Executive Director of the Collegiate Games Department at Al-Ahly Youth Club, Dr. Majid Sultan, emphasized that returning the title to its owners is not only a victory for Al-Ahly Youth, but also a victory for UAE sports. Sultan said to "Emirates Today", "The decision came to confirm that we live in a state of law that gives the right holder his right, especially since the fair decision from the Sports Arbitration Center points the compass towards that there are loopholes that we must avoid in the competition regulations, and that any team could have been It falls into the same thing that Al-Ahly youth went through. ”

He explained: “We deservedly won the two final round matches, which means that the decision of the Sports Arbitration Center returned the title (Emirates Cup) to its owners, but it is far from the winner and the loser and who won the title and crowned it, this decision highlighted the importance of working together as federations of team games and clubs, To correct all the loopholes in the federations and competitions regulations, so that we would later avoid entering any of the other clubs in the same case that we were exposed to, and that led to us being deprived of a title we achieved on the pitch by beating Al Ain and Sharjah in the final round. ”