The Colorado Avalanche tonight secured the regular season victory in the NHL and is thus awarded this year's Presidents' Trophy. What was required was a victory against the Los Angeles Kings and the rescued man with a clear 5-1. - It is wonderful, says two-goal shooter Tyson Jost. 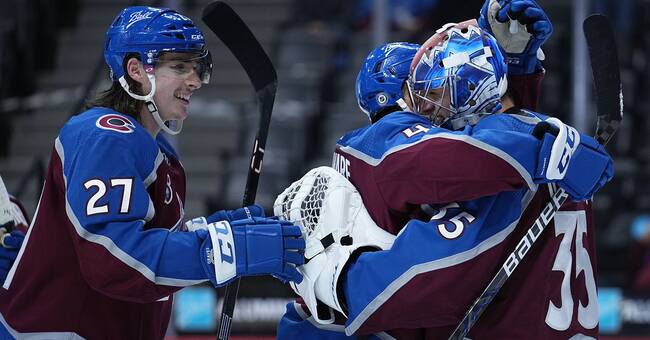 It was the guests who started the scoring through Sean Walker, but then it was Avalanche for all the money.

Like an avalanche, the goals collapsed behind Troy Grosenick.

It was also Swedish in the goal where Jonas Johansson made a good match and accounted for 21 saves.

Victory was what was required for Colorado to pass the Vegas Golden Knights at the top of both the Western Division and the entire NHL.

"Something we have been working on for too long"

This is the first time Colorado is the best in the regular season since the 2000-2001 season, with Peter Forsberg in the team, and then it ended with the Stanley Cup title.

- It is something we have worked for too long.

Our goal for the year was to take first place.

It has been a fantastic year, says Jost.

Now the St. Louis Blues are waiting in the first playoff round for Colorado.

This season, you only meet within your division until the conference finals.