After just under 40 minutes, an effective Timrå had acquired a 5-0 lead. Despite several attempts, Björklöven could not catch up and Timrå has now connected a real grip on the SHL place. - Now we are going home and put the nail in the coffin, says Jeremy Boyce-Rotevall in C More. 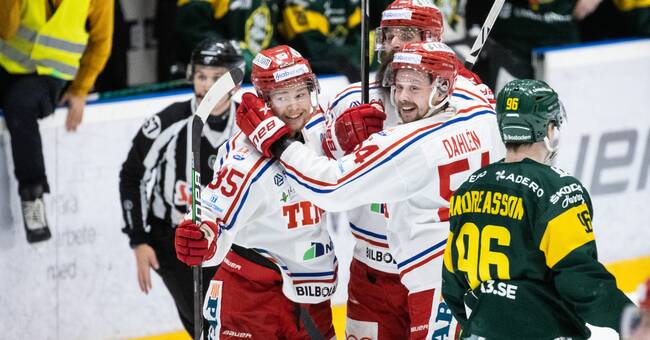 On Sunday, the hockey Allsvenskan final between Timrå and Björklöven resumed after a 20-day corona break.

Timrå won 6-3 and Timrå continued to hold the baton on Monday.

After just under five minutes, they took the lead through Johan Lindholm.

Björklöven had several chances to equalize, but with 1.20 left of the period, Timrå extended the lead.

Jonathan Dahlén poked the puck in after a messy attack.

But the guests were not satisfied there.

In the middle of the second period came 3-0.

Per Svensson lobbed the puck towards goal.

The puck went through Daniel Norbe's glove and in behind Löven goalkeeper Kevin Poulin.

Timrå managed both 4-0, through Filip Westerlund and 5-0, through Jeremy Boyce-Rotevall, before Björklöven answered.

Alex Hutchings sent in 1-5 with a quick shot but Björklöven had a real uphill before the last period.

I do not really know what it is that works right now, said Björklöven's Pontus Andreasson in C More during the break.

Björklöven came in a little stronger in the third period and four minutes in they were reduced again when William Eriksson netted.

Björklöven fought to get back in the match but they did not get closer and Timrå won in the end with a clear 6-2.

- It will be the toughest match so far. But we must be on our toes and be ready, says Jeremy Boyce-Rotevall in C More.