The Spanish League .. "The Mouse" and the last meters determine the champion

The struggle for the Spanish Football League title continues until the last moment, between leaders Atlético Madrid and its giants chasers Real Madrid and Barcelona in the 36th stage, after a draw over the top two confrontations in the last stage. While Atletico Madrid returned with a valuable point from the land of Barcelona. 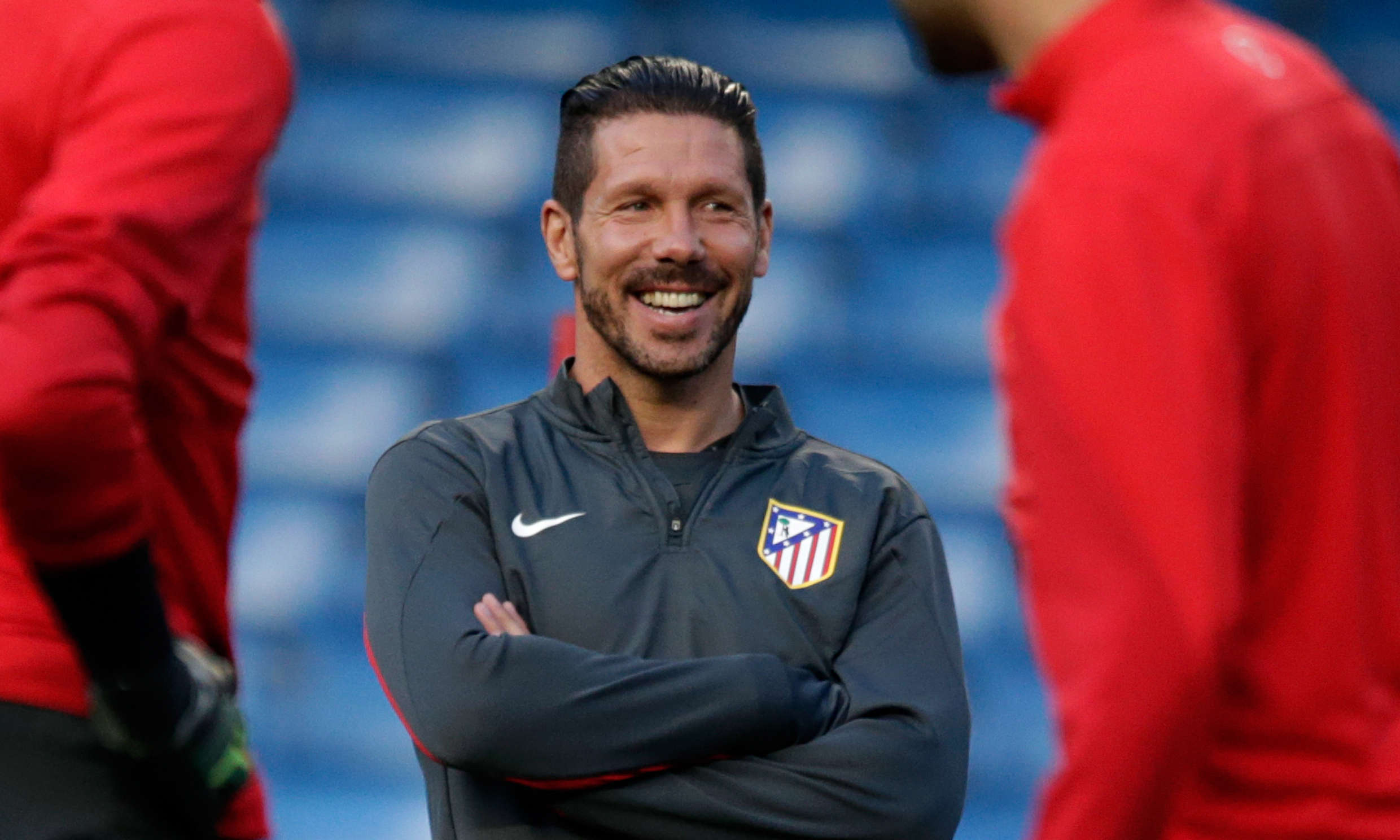 The Spanish League .. "The Mouse" and the last meters determine the champion

The struggle for the Spanish Football League title continues until the last stage, between leaders Atlético Madrid and its giants, Real Madrid and Barcelona, ​​in the 36th stage, after a draw over the top two confrontations in the last stage.

And while Atletico Madrid returned with a valuable point from Barcelona on Saturday, it has paved its way towards its first LaLiga title since 2014, the match between Real Madrid and its fourth Sevilla (2-2), Sunday, witnessed a great debate about the way the video assistant referee intervened "in AR." "Which angered the first French coach Zinedine Zidane.

Atletico Madrid remained in the lead (77 points) three stages before the conclusion of the league, two points behind both Real Madrid and Barcelona, ​​while Sevilla IV's hopes seem difficult, given his 6 points away from the leaders.

The match between Real and Seville, in which the first took advantage of the equalizer in the fourth minute of time, witnessed controversial events, when the referee awarded a penalty kick for Real Madrid, but he returned and canceled a kick for Sevilla after a handball on Brazilian defender Eder Militao in the 74th minute, despite the shots. Showed a touch on the hand of a player of the Andalusian team.

Even Zidane gets angry

And it seems that the heat of the end of the tournament affected the calm character of Real Zidane's coach, he criticized the referee's performance after the end of the Sevilla match. About these matters, but today I am angry ... I saw a handball on Sevilla, and a hand touch on Real, but they whistled against us. "

On the end of the league, the coach who awarded Real Madrid three consecutive titles in the Champions League and the domestic league last season said, "Things are no longer in our hands, but we will fight to the end."

On the other hand, said Sevilla midfielder Ivan Rakitic, who translated the penalty kick, "For me it was a clear penalty. We can talk how everyone sees it. But if the touch changes the direction of the ball, it is a penalty kick."

"The game that changed the League. VAR canceled a penalty kick for Real and another awarded to Sevilla," "Marca" newspaper titled a giant picture of a shared touch, while AS wrote: "Real Madrid loses the hand."

Real, whose captain Sergio Ramos, French defender Rafael Varane and his compatriot Ferlan Mendy, Daniel Carvajal and Lucas Vasquez were absent from him, was on his way to a painful loss at home, which would logically end his hope to retain his title, before German Tony Cros's shot bounced off the foot of his Belgian striker Eden Hazar Moroccan goalkeeper Yassin Bounou in the killer time.

After leaving the Champions League semi-final against Chelsea of ​​England, Real Madrid will visit Granada, the tenth in a risky match against a team aspiring to qualify for European competitions, and the right to a shocking loss in Barcelona at home two weeks ago, while Barcelona appears easier on the land of Levante IV Ten Tuesday.

However, attention will focus on Atletico Madrid, who receive Real Sociedad V on Wednesday, in a new test for the men of Argentine coach Diego Simeone, who are getting closer and closer to the league title, after coming out unharmed from Barcelona's last position.

In light of the failure of the major clubs to maintain a stable level, according to Barcelona defender Gerard Pique, Atletico clashes with the Basque team Sociedad, to be followed by Osasuna and Valladolid.

"We are in a wonderful tournament with four clubs competing for the title," Simone said after his last draw at Camp Nou, indicating that he did not want to watch the Real Madrid and Seville match, "I will have dinner with the family."

Away from the capital, Barcelona realizes that he missed a very important opportunity to regain the title from Real Madrid, when he let Atlético snatch the equalizer from his home, where Frenchman Osman Dembele wasted a header at the end of the match that almost gave the Catalans the lead.

And the Madrid newspaper Marca wrote that Barcelona "needed a miracle" to win the title. "Coach Ronald Koeman's team was able to compensate for the loss against Granada, but he also failed to beat Atletico at Camp Nou. The difference in direct confrontations with Atletico and Real is not in their favor at all."

On the other hand, Barcelona coach Koeman said, "The result against Atletico was fair. All things are still possible."

Barcelona, ​​who have held the title four times in the last six seasons, has the right to face Levante, Celta Vigo and Eibar in the remaining three matches.

Despite winning the domestic cup title, Barcelona is experiencing a difficult season, while reports indicated that returning president Joan Laporta does not include coach Coman in his calculations next season.