Rikard Norling was fired from AIK last year. Tonight, the coach won against his previous team when IFK Norrköping won 2-0. The new acquisition Samuel Adegbenro became a two-goal scorer in the victory - and has now scored five goals in five matches. 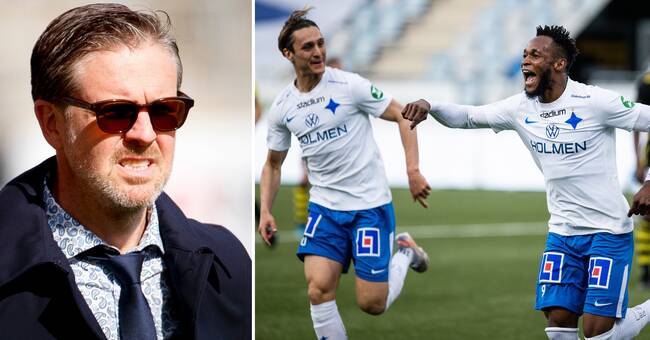 In the summit with AIK, the winger, who most recently played in Norwegian Rosenborg, scored both goals of the match.

First, he nodded in 1-0 after just over an hour of play.

Then he fixed 2-0 in the final minutes, also on a nod.

With the two goals, he stands at a total of five goals in five matches, which places him at the top of the shooting league.

- We are a really good team.

It was a tough match, but we worked hard, says Adegbenro to Discovery +.

For IFK Norrköping's coach Rikard Norling, it was a special match when he was fired from AIK, which he trained for two stays, last year.

Norrköping took the third straight victory and steps up as a new second in the Allsvenskan table. AIK, who in the event of a win had shared the league lead with Djurgården, slips down to a fifth place.