The VAR keeps Real Madrid away from the title

The VAR stands as the protagonist of the title. Bad business. Beyond correction and debate, the tool that came to eliminate errors has not ended with ... 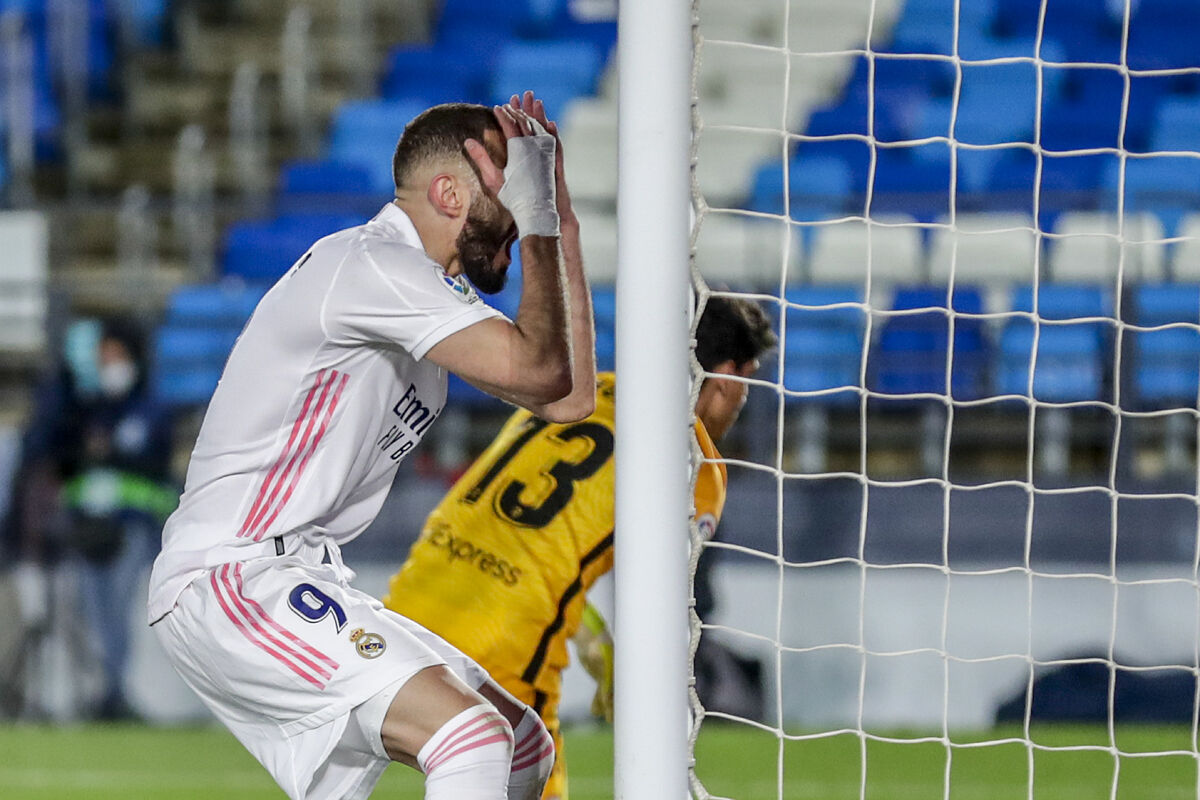 The VAR stands as the protagonist of the title. Bad business. Beyond correction and debate, the tool that came to eliminate errors has not ended with controversy and, what is worse, with suspicions. A penalty in each area, the title on one side or the other, and a few minutes of suspense. Either it was

in the Madrid area, something that

, something that the whole field saw, all of Spain. Voluntariness could not be attributed to the Brazilian, but now it doesn't matter anymore, because the norm changes and changes to the point of absurdity.

The decision that will bristle the states of opinion with three days remaining to finish the League came when Madrid had recovered from the goal against, thanks to

, and pushed Sevilla. Benzema's career, against it, seemed to precipitate the comeback. The problem was the starting point. The defeat slows down Madrid for now, but the controversy should not give him the alibi if he does not win the title. If anything, the plague of casualties on which you have to ask for explanations indoors.

If the VAR was one of the protagonists, the other was

. The word revenge is too thick. It would not be desirable for it to nest inside the Sevilla coach, or anyone else's, because it poisons in the same proportion that it contributes to keeping you alive. But it is inevitable that the coach has pending accounts, although among the causes that led him to fall from the top of the selection, some were due to his own mistakes.

when he went to bed. After all that, what less than wanting revenge, than revenge. Is human. He fulfilled it precisely in front of ZZ, the nostalgia that he could not overcome, and at a critical moment, by causing Madrid to lose the passage of a title that would be like a safe-conduct for a calm transition at the Bernabéu. Lopetegui did more than draw a game.

His Sevilla was one of the worst guests to take the head of the League, after the draw between Atlético and Barça. Everything that defines a team, he has and exercises it with a lot of pressure and a high pace of play, above the average of the teams in the Spanish competition. In full hangover from the fall in the Champions League, with the physical and emotional exhaustion that it has meant for Madrid, it was a complicated situation. For Sevilla, in addition, the sporting objectives remained, such as improving the fourth place that would allow them to play the Super Cup, a candy in its new format, and avoid Cup qualifiers next season. It's not little.

Determined, then, Lopetegui's team left, to which the demons were taking him in the box due to his sanction. He pushed the ball out of Madrid and managed to keep Zidane's men on their ground, although initially without danger. Lopetegui placed

as a false nine, instead of opting to line up

, who needs more spaces. When they appeared, due to the advantage on the scoreboard, the technician invested the chips. The initial intention, however, was that Papu's mobility would remove the centrals, Militao and

, from their area to favor the arrival of the Sevilla midfielders. Interesting intention, although it reduced the threat in the area.

The minutes of visiting dominance showed that duality and its danger: dominating Madrid without killing it is deceptive, because a robbery or a loss are the threat of an earthquake.

for the wings, rode, threw a perfect cross to Benzema and

The VAR alerted Martínez Munuera that the Basque player had started offside by one foot.

The goal did not go up to the scoreboard, but the scare received by Sevilla changed the trend of the match, balanced in dominance.

Marcelo was stepping into the area, but without any of them finding the last necessary pass on an exceptional Seville in tactics: he defends as he attacks, as a block, with many people in the areas, his and others.

If something showed it was the action of the first goal, born in a set piece with a good dose of strategy. The

was masterfully tamed by

, who gave a head assist to

. The Brazilian got rid of a dribble from

An exercise in caste corresponded to Madrid, although the danger is to interpret it hastily, which happened next. Al Sevilla, with a large, authoritarian team, with the ease of space, for which Lopetegui called En-Nesyri. None of them put it into practice until halftime. Later, who did it was Madrid, more dynamic, pressing. Zidane smelled the blood and put

, who returned to meet the goal the first time. For that, the Balearic is touched. His entry led to the departure of

, who had sent a precise balloon shortly before, with the intermediation of the German, who ended up spoiling Vinicius. It wasn't his day.

The draw and time decided the game, downhill for Madrid, but then Militao's hand flew.

The goal of white ecstasy was interruptus.

The one who got

already in added time avoided defeat but did not give to dream from the head.

This is not over.

LaLigaRubén García: "I do not pretend to be an emblem, but I do convey values"