Zlatan Ibrahimovic left yesterday injured in Milan's victory against Juventus. After the match, Milan coach Stefano Pioli commented on the injury. - He has a sore knee but I do not think it is something serious, says Stefano Pioli according to Football Italia. 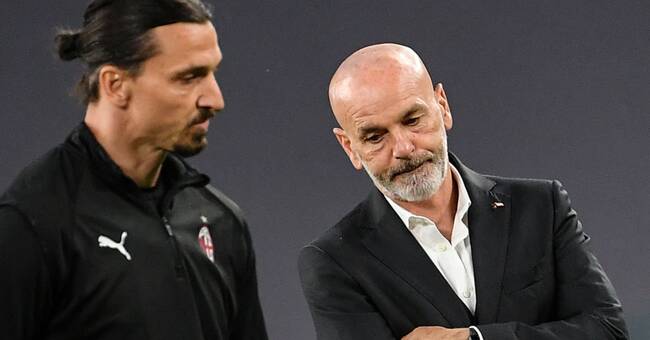 Zlatan hurt his knee in yesterday's 3-0 victory against Juventus.

It was after a duel with Juventus Matthijs De Ligt that Ibrahimovic twisted his knee.

An injury that forced the Swede to cancel the match.

After the victory, Milan's coach Stefano Pioli went out and commented on the injury.

- Zlatan was not 100 percent, he had half a training session with us last Friday but he wanted to be here no matter what.

He has a sore knee but I do not think it's serious.

We will investigate, says Pioli according to Football Italia.

Milan's press officer has also commented on the injury.

"It is a knee injury, not the knee that has been operated on before.

The injury will be evaluated in the coming days ", writes Milan's press officer to SportExpressen.

- Zlatan is worn out and his body is tired.

Although the injury should not be so serious, there have been some injuries here at the end of the season, says Jennifer Wegerup in SVT's Morgonstudion.

Zlatan Ibrahimovic made a comeback in the Swedish national team in the spring and the squad for this summer's European Championships will be taken out on 18 May.

ARCHIVE: Worrying pictures of Zlatan (May 9)

Zlatan was forced to cancel the meeting with Juventus. Photo: C More.