Simeone's superstition to face the final of the League

When Simeone, like Oblak, saw Messi's homing missile whistle away from the squad, he breathed a sigh of relief. Because the draw at the Camp Nou, despite not ... 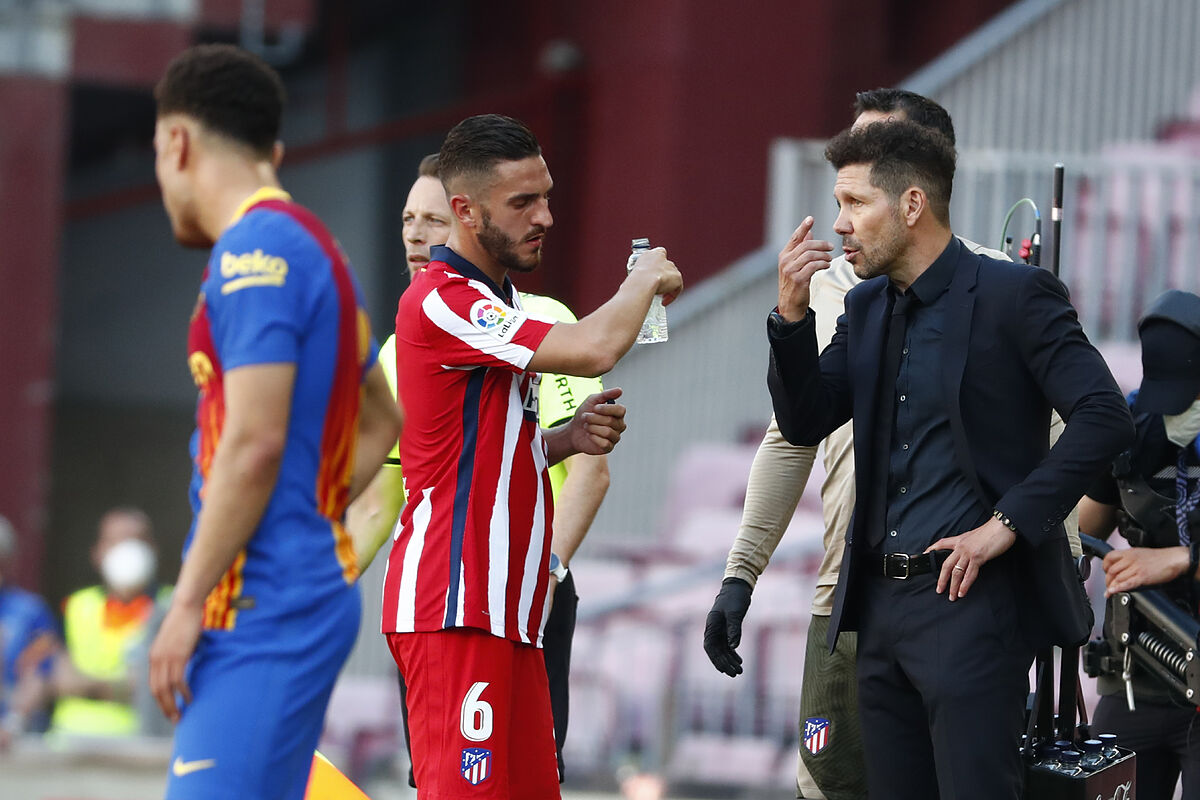 When Simeone, like Oblak, saw Messi's homing missile whistle away from the squad, he breathed a sigh of relief.

Because the draw at the Camp Nou, despite not being the best result, does not close the doors of anything either.

Of course, for the first time in 23 days, he threatens to dismount Atlético from a lectern where he settled on matchday 12 and from which no one has been able to lower him.

Nor is it clear that it will happen today, but it is true that Atletico's fate now depends, for the first time, on what happens in Valdebebas.

"I am not watching the games, I do not have a good time and I prefer not to see them. I will be with the family having dinner," the Argentine coach revealed, regarding that Real Madrid-Seville.

The latter away from the Metropolitan.

The duel ended goalless at the Camp Nou, among other things, because

, despite his efforts, ran into a tremendous Oblak, in full celebration for his 300th game as rojiblanco, just three from Abel Resino's record. Atlético also had their options. "We are alive, here anything can happen", summarized

, after having to contain his former teammate

for an hour and a half

. On his return to Camp Nou, the Uruguayan was slapped on the

for simulating a penalty. Koeman, who sent him that famous message in the summer, suggesting that he find a team, saw it all from the stands, when he was sanctioned.

"We came to Barcelona to make a game with collective work and what we imagined happened," Simeone launched, after designing a duel in which his team commanded and showed an imposing face that had not been seen for a long time.

To continue bidding for the League, apart from Real Madrid playing, Atlético need to do something that they have not been able to do since January: link three consecutive victories.

Their rivals may fail, but it would be playing roulette, as Barça, for example, are still two points behind.

The great duel did not leave goals but did leave injuries. One for each side.

left before the first quarter of an hour with his left knee touched. And

was taken to the hospital after a tremendous head clash with

. "I have spoken with them, it seems that everything is fine, but we have to wait for the result of the tests they have done," admitted

, Koeman's second in command and yesterday in command.

suffers a facial contusion with an upper jaw fissure, according to the club in a statement. It is not at all clear that he can dispute the three remaining duels.

The physical limitations after a tough season are evident.

So, Oblak pointed out what the recipe should be to arrive with strength: "If your head is right, the legs will work."

After his colossal deployment in the medullary, minutes before

Thus ended the story of another missed opportunity for Atlético to attack a stadium that it has not taken since 2006. "Success is in being able to compete every year where we are," Simeone settled in his own way.

LaLiga Urgent solution and successful couple ... with the 'blessing' of Luis Suárez

LaLigaKoeman: "UEFA only cares about money"