Aryna Sabalenka unleashed a storm over Madrid that swept away world number one Asleigh Barty and claimed her first WTA 1000, the tenth title of her career. The... 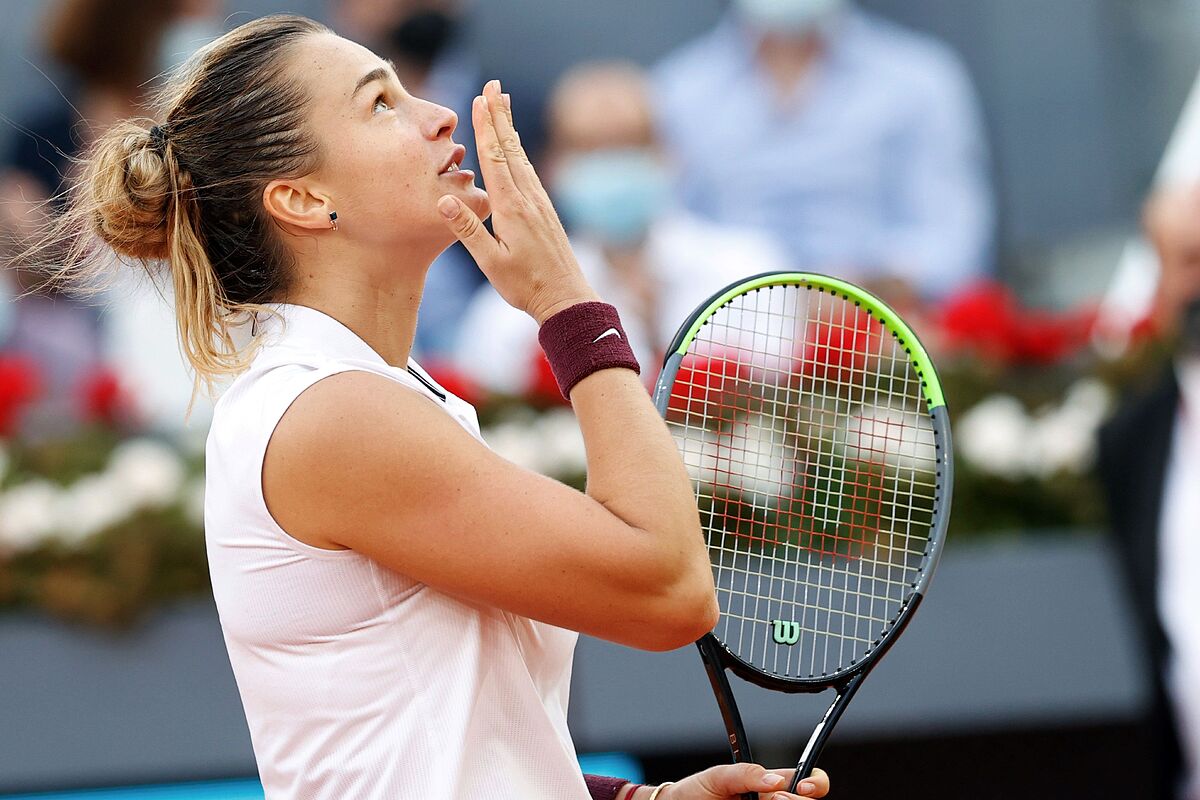 unleashed a storm over Madrid that swept away

and claimed her first WTA 1000, the tenth title of her career. The Belarusian ended up making good the extraordinary takeoff and imposed her punch to win 6-0, 3-6 and 6-4 in a final that reached its maximum intensity in the third set. This is the second title this season for this 23-year-old player, who will enter the

for the first time on Monday

. With his victory, he ended his rival's streak of 16 consecutive wins on European clay.

The Belarusian made a sweeping start.

He broke Barty's serve in the second game and asserted his vigorous proposal, far removed from the more temperate and cerebral style of his adversary.

It was their third match in five weeks, the second after the recent final in Stuttgart, where Barty won.

This time the number one in the world could not find answers, while Sabalenka allowed himself to combine corduroy and silk: as soon as devastating groundstrokes as subtle drops that puzzled his rival, soon at an irrefutable disadvantage in the first set.

Nothing came to Barty, also neutralized when he approached the net.

In just 25 minutes, Sabalenka hit the champion 6-0 this year at the Yarra Valley Classic, Miami and Stuttgart and winner of Roland Garros in 2019. The Minsk, winner in Abu Dhabi, had reached the final as a shooting, with only 18 games yielded, but no one expected such forcefulness in the first leg of the match.

Barty took advantage of his fourth break ball in the first game of the second set, which could mean a change in the course of the duel.

It was not easy to maintain the degree of success of the Belarusian, even less when Barty improved his benefits with the service.

Sabalenka lost it up to three times in the second set, surpassed by the tactical wealth of the 2019 Roland Garros champion.

We had to wait for the third set to experience the most vibrant moments.

It was then that Barty gave the impression of sniffing the cup more closely, particularly with two break options that would have put him at 3-2 and serve.

But it would be Sabalenka who, true to his style, gambling his skin on each stroke, would break a blank in the ninth, also taking advantage of Barty's concessions, finally subdued by his opponent's steel tennis.

TenisMedvedev: "Sometimes I don't even understand my emotions myself"

TenisBadosa stands in the semifinals after beating Bencic