Nadal makes a 95-year-old woman happy, with the beginning of Alzheimer's, who wanted to see him live

Manuela Navarro Esteban, 95, had a dream to fulfill: to see Rafael Nadal live before his Alzheimer's disease erased his memories. And thanks to the tennis player ... 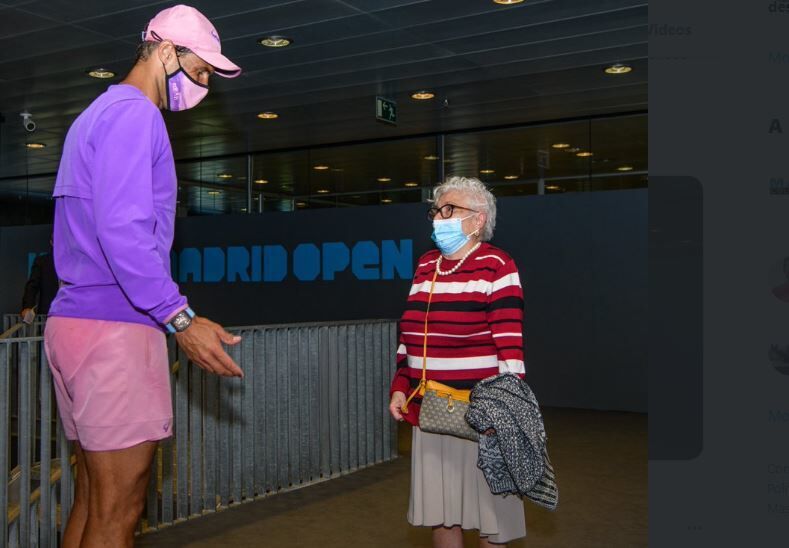 And thanks to the tennis player he has been able to do it.

Unfortunately, he has not been able to gift him a victory.

but his defeat was surely less bitter knowing that Manuela was watching him at the Caja Mágica.

A tennis fan and Rafael Nadal, she has not missed this meeting and her grandson wanted to thank the tennis player for the gesture with an affectionate message on Twitter.

"Today my grandmother, at 95 years old, will see her dream come true of seeing you live. She

has the beginning of Alzheimer's and she told me that before forgetting what tennis and you mean to her, she wanted to see you live

. I hope she enjoys this day as much as I am enjoying it ", wrote Carlos, and made a special request to the tennis player:" I know it is complicated but a photo with you would make him the happiest woman on this planet. "

"Thanks for everything Rafa #twitterhaztumagia".

Nadal did not hesitate and went to see Manuela.

The photo of both of them soon went viral.

TennisGarbiñe Muguruza and the dream of winning an Olympic medal with Nadal: "We have to talk"