"Handball players do not go to the court with a manicure": Muravyova about victories at the World Cup, Trefilov's shouts and friendship with goalkeepers

The retraining from handball player to commentator after the end of her career was very easy. Three-time world champion Nadezhda Muravyova stated this in an interview with the Small Tok program. According to the athlete, she wanted to pass on the experience accumulated over the years to the youth. Also, the former Lada defender spoke about her friendship with the goalkeepers, explained why Yevgeny Trefilov constantly yells at his charges, and admitted that handball players never go to the court with long nails so as not to injure their rivals. 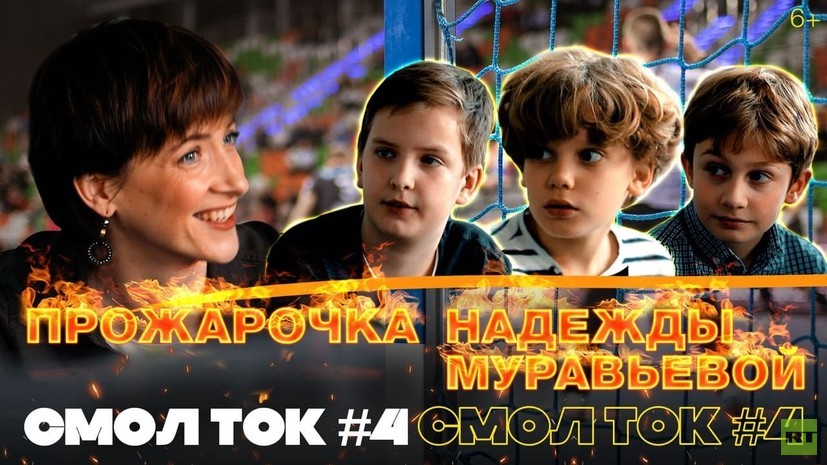 What is the most memorable victory?

We still remember it, because before we won the championship of the planet in Italy, Russia for 14 years did not know victories either at the World Cup, or at the European Championship, or at the Olympic Games.

And when Evgeny Vasilyevich Trefilov, a very charismatic coach, headed the national team, we finally climbed to the top.

We had a really good team then.

Then we won many tournaments.

It got to the point that when they took second place at the Euro, no one met us at the airport.

A similar result was considered a defeat and failure.

- Why didn't the Olympics submit to you?

- To win it, there must be a number of factors.

It was not possible to assemble this puzzle at OI-2012.

By the way, after that tournament, Trefilov packed up all the things that were given out specially for the Games, and never put them on again, because we were defeated there.

Perhaps he even burned a bag somewhere in Krasnodar.

After that, the team under his leadership in 2016 took gold at the Olympic Games in Rio de Janeiro.

- Why did Trefilov shout all the time?

- In fact, he behaved this way solely because he was very worried about the result.

If we went to the site without emotion, and the coach was silent, then there would be no victories.

And so Evgeny Vasilievich charged the team with energy.

Thank you for having such a big athletic heart.

As a result, Trefilov blew it up in training.

He underwent a very difficult operation.

- Who would have taken the upper hand in terms of decibels, Trefilov or Nikolai Karpol?

- I crossed paths with the latter only a few times in my life and did not hear his scream on the site.

But they could well arrange a battle.

By the way, Evgeny Vasilyevich learned a lot from Karpol and always called him his mentor.

- Remember the most incredible match of your career?

There Trefilov put me, as the youngest, to take all penalties in the final with Norway.

Why do you think the youngest have such a responsibility?

And this is normal, because they will soon end their careers, and there will be no right to correct the mistake.

I took four penalties then, although the famous Cecily Leganger was at the gate of the rivals.

“Goalkeepers don't like it when they say they are standing.

For this you can get in the locker room "

- How to learn to play handball?

- You just have to want.

It seems to me that people who are in love with it and who dream of achieving success come to any sport.

This is exactly what happened to me.

- Can you describe yourself with three adjectives in childhood and now?

- I was very active and cocky.

But at the same time she loved handball.

Now nothing has changed at all.

- Why are you angry with your children the most?

- It is very frightening that they will not get a profession.

When children start to be lazy, it becomes physically scary.

What do we start to do in such situations?

When a child is not interested in anything, it really makes me angry.

- What nickname did you have in the team?

It came from the last name.

But at the same time, everyone considered me to be very hardworking, so the nickname is partly justified.

- Every eminent athlete has a partner for centuries.

Who is this to you?

- My main role in handball is as a defender.

It is clear that most of all I interacted with the goalkeepers, and always communicated with them in all teams.

A certain kind of community was created in our country.

I am friends with the Olympic silver medalist Maria Sidorova, who now works in the ROC, Tatyana Alizar, Inna Suslina.

- Do overweight handball goalkeepers take offense when they are called fat?

- It seems to me that everyone takes offense at this.

In fact, they really dislike it when they say that the goalkeeper is standing.

For this in the locker room you can get it.

The word "stands" is unacceptable for them, exclusively - it plays.

- Was there a rivalry with any of your teammates?

When a person joins the team in your position, you need to be better than him.

Of course, it never came to fights, although the boys, they say, fight in locker rooms after defeats.

- Have you ever played on uneven grounds or terrible surfaces?

Now the guys have excellent conditions and good parquet flooring.

We did not have such comfortable rooms at all.

Sometimes they worked on the street right on the asphalt.

Moreover, they managed to fall there as a fish.

But then, when you enter a normal arena, you are not afraid of anything at all.

- Did you get into funny situations because of the mastic?

- About five years ago, all the girls began to make themselves false eyelashes.

Handball players are no exception, they also want to look good.

So during one of the matches, the girl unsuccessfully put a block, and the ball flew right into her face.

Back, she took it off along with the eyelashes - they simply stuck to the mastic and came off.

We laughed, of course.

The judges then reassured us.

- Were there girls who used to make up, going out on the parquet?

- Of course, you won't be able to paint right on the parquet, and handball players don't go to the court with a manicure either.

We do not play with long nails out of respect for partners and rivals.

They can be trivial to cause injury.

Imagine what would happen if you hit a person in the eye.

In Russia, there is the Zvenigorod "Star", in which girls go out onto the floor in T-shirts that turn into skirts, like tennis players.

This fashion came from France.

- Some athletes do not want to hear about sports for a while after the end of their careers.

Are you one of them?

I really wanted to stay in sports and made this wish come true.

By speaking side by side with so many masters, you gain a huge store of knowledge.

And it would be weird to just take it and leave it at home.

I think this experience should be passed on to young guys like you.

So I became a commentator.

- How did you manage to retrain into a new role?

- As an athlete gets stronger with each workout, so I progressed with each report.

I understood that it was impossible to stop, so now I am going through special training at a school where they work with voice.

Now I am constantly trying to be the best in my new profession.

In general, the work of a commentator is similar to playing on the court.

When the broadcast ends, it feels like he was running off the match himself.

To be honest, I feel like I never finished my career.

“The girl's nose was broken during the match of the Russian championship.

She tried to continue the game. "

- What is the worst thing when you take off over the floor and get ready to throw?

- It's scary when some players simply do not understand the mechanics of handball or deliberately break the rules.

For example, you take off on a block, and they put a screen on you from below.

You can be seriously injured on landing.

But these are usually immediately punished by the arbitrators.

- Why is a hand ball more difficult than a foot ball, that is, football?

- I have great respect for all sports, but it's harder for us to wade through defenders.

In football, you cannot wrap your arms around a person, but in handball, please.

- What role player earns the most bruises and scratches during the game?

These are real lions that fight alone against six rival defenders.

All of them are pushed, grabbed by the T-shirt, and the girls - also by the pigtails.

In doing so, they must catch the ball, turn around and score.

- Are there judges in handball who deliberately find fault?

Moreover, it seems to them that they do not find fault and are doing everything right.

And handball players think the other way around.

But this is not because the referees are bad.

There are just a lot of emotions in our sport, and you need to throw them out on someone.

It won't work on Trefilov.

- What rule would you introduce in handball if you could?

- Give out sweets for each goal.

But seriously, you can score two points for beautiful balls, not one.

This would increase the interest of the audience as well.

I would also add one more half.

Such interesting matches happen that after two no one wants to leave.

- In which part of the body is it not so painful to get the ball?

Karate players, for example, deliberately strike blow after blow on the board so as not to feel pain.

On the contrary, their hand becomes overgrown with calluses and becomes a weapon.

It's the same in handball.

You are constantly beaten, and the pain is no longer so acute.

But of course, the most unpleasant thing is when the ball hits the face, especially for girls, after all, they then go home with bruises.

- Because they are real with us.

For example, recently one girl broke her nose during a Russian championship match.

She tried to continue playing, but she was banned.

And at the already mentioned championship of the planet in Italy, Anna Ignatchenko received a very complex injury to the ankle, a fracture.

But there was no replacement for her position in the national team.

Ignatchenko said that she would not leave the team.

Her leg was heavily bandaged, and so she finished the final.

- If it was allowed to fight in handball, as in hockey, would the sport become more interesting?

There are a lot of interesting technical elements in our form.

It seems to me that if there were fights, we would have lost the beauty of handball.