With Zhou Qihao defeating Fan Zhendong 4:2 to win the championship in the "WTT Grand Slam World Table Tennis Championships" and the men's singles final of the Olympic simulation tournament, the game came to an end. Before the game, most people would not have thought that Zhou Qihao would have the last laugh in the men's singles competition where Ma Long and Fan Zhendong participated.   In the p 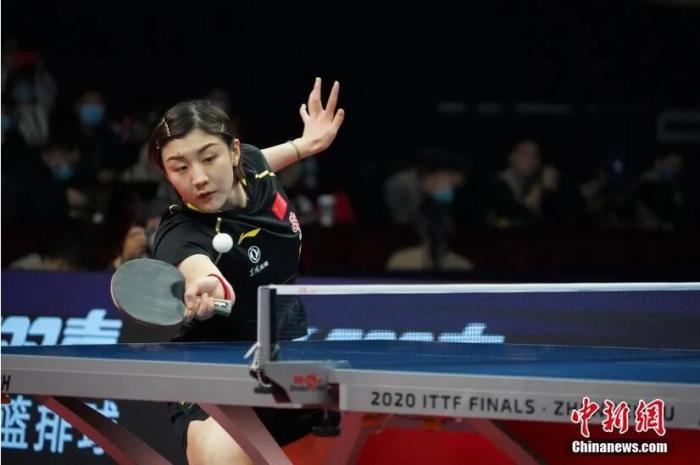 With Zhou Qihao defeating Fan Zhendong 4:2 to win the championship in the "WTT Grand Slam World Table Tennis Championships" and the men's singles final of the Olympic simulation tournament, the game came to an end.

Before the game, most people would not have thought that Zhou Qihao would have the last laugh in the men's singles competition where Ma Long and Fan Zhendong participated.

And Matt/Liu Fei defeated Zhou Yu/Chen Xingtong 4:2 in the mixed doubles final to win the championship.

In this competition, two of the three events showed upsets.

More than two months before the opening of the Tokyo Olympics, this result sounded a wake-up call for the national table tennis team.

The results of this competition will determine the qualifications for the WTT Grand Slam and the Houston World Table Tennis Championships.

In addition, there are still more than two months before the Tokyo Olympics, which will begin in July.

This competition is also an Olympic simulation competition, which is a good test for the state of the national table tennis players.

At present, the list of participating in the Olympic Games has not been announced, and this simulation game also has a certain reference significance for the allocation of participating places.

Data map: In the men's singles final of the 2020 ITTF Finals in Zhengzhou, Chinese player Ma Long defeated his teammate Fan Zhendong 4-1 to win the championship.

In this competition, the national table tennis team basically sent the strongest lineup. The men's team was led by Fan Zhendong, Xu Xin, and Ma Long, who took the top three in the world. In addition to Ding Ning, the women's team included all famous players such as Liu Shiwen, Chen Meng, and Sun Yingsha.

Many fans may not have expected that upsets and dark horses have become the theme of this game.

On the first day of the match, in the men's singles group stage, the world's second-ranked Xu Xin lost 2:3 to 16-year-old Lin Shidong.

After the group stage, Xu Xin missed the men's singles quarterfinals due to his small score disadvantage.

Before the game, the men's singles final "Long Fat Showdown" that fans were looking forward to failed to stage.

In the men's singles semifinals, Malone lost to Zhou Qihao 3:4 and missed the final.

In the finals, Zhou Qihao continued his dark horse story, and eventually defeated Fan Zhendong and won the championship.

It can be seen that in this simulation match, the state of many national table tennis players has fluctuated.

At the same time, some dark horse players came to the fore and seized the opportunity to create upsets.

It can be regarded as a good thing for a team to appear dark horses and upsets in the team's competition.

Because this proves that the competition within the team is fierce, fresh blood is constantly pouring out, new and old players are facing a certain amount of pressure, and they can make progress in healthy competition.

But at this time, less than three months before the opening of the Olympic Games, there are so many upsets in the Olympic simulation games inside the national table tennis, but there is a big crisis.

The state of the main players is so ups and downs, can there be time to adjust before the Olympics?

Data map: The final of the 2016 Rio Olympic Men's Table Tennis Team Competition was held. The Chinese team finally defeated the Japanese team with a total score of 3:1 to win the championship.

Take Xu Xin as an example. As a member of the Rio Olympic Men's Team Champion, he has a strong ability in doubles.

After the Tokyo Olympics listed table tennis mixed doubles as an official event for the first time, in the eyes of many fans, he and Ma Long and Fan Zhendong have formed the men's Olympic lineup together.

But Xu Xin, who is over 30, is an out-and-out veteran among men's players and suffers from injuries frequently.

From the National Games Qualifying Tournament in March this year to this simulation game, his performance was relatively sluggish.

Liu Shiwen, who was in mixed doubles with his partner, had a long truce because of injuries.

In this simulation, the two teamed up again, but the effect was not satisfactory.

If the national table tennis team sent the "Xin Wen combination" to compete in the Olympics, it would be difficult to guarantee that the mixed doubles gold medal will be securely received in such a state.

However, the famous players with ups and downs in this game are all veterans who have played in the arena for many years.

How to adjust their physical and mental state has been a compulsory course for them for many years.

The Chinese team has won gold medals in all events at the Olympic Games many times, and fans have high expectations for the results of the national table tennis.

But in recent years, in some individual competitions, the national table tennis is not without misses.

One of the most challenging opponents is the Japanese team.

In the Tokyo Olympics, the Japanese team has the advantage of occupying the home court, which is bound to have a strong impact on the Chinese team.

On the whole, the current strength of the Chinese team is still in an absolute leading position, and it is still the most favorable competitor for gold medals in various projects.

But in some individual items, it is not without the possibility of "rolling over."

Liu Guoliang, chairman of the Chinese Table Tennis Association, once introduced that this time the event not only tested the lineup of the National Table Tennis Tokyo Olympics, but also polished the competition framework of the Paris Olympics.

"The players who can participate in this through competition are the best players of the same age in the country, and they will definitely be the best athletes in the world in the future."

This is actually one of the reasons why China's national table tennis is everlasting-only by maintaining a smooth ascent channel for players can a steady stream of good seedlings enter the national team's field of vision.

However, after this game, the "fat guy who doesn't understand the ball" should focus on the present while looking at the future. After all, the Tokyo Olympics is the most important task for the national table tennis team.

I hope that the national table tennis players can make the national anthem sound again and again in the Olympic arena as before!