Alonso sneaks into the battle and Red Bull suffers in Montmeló 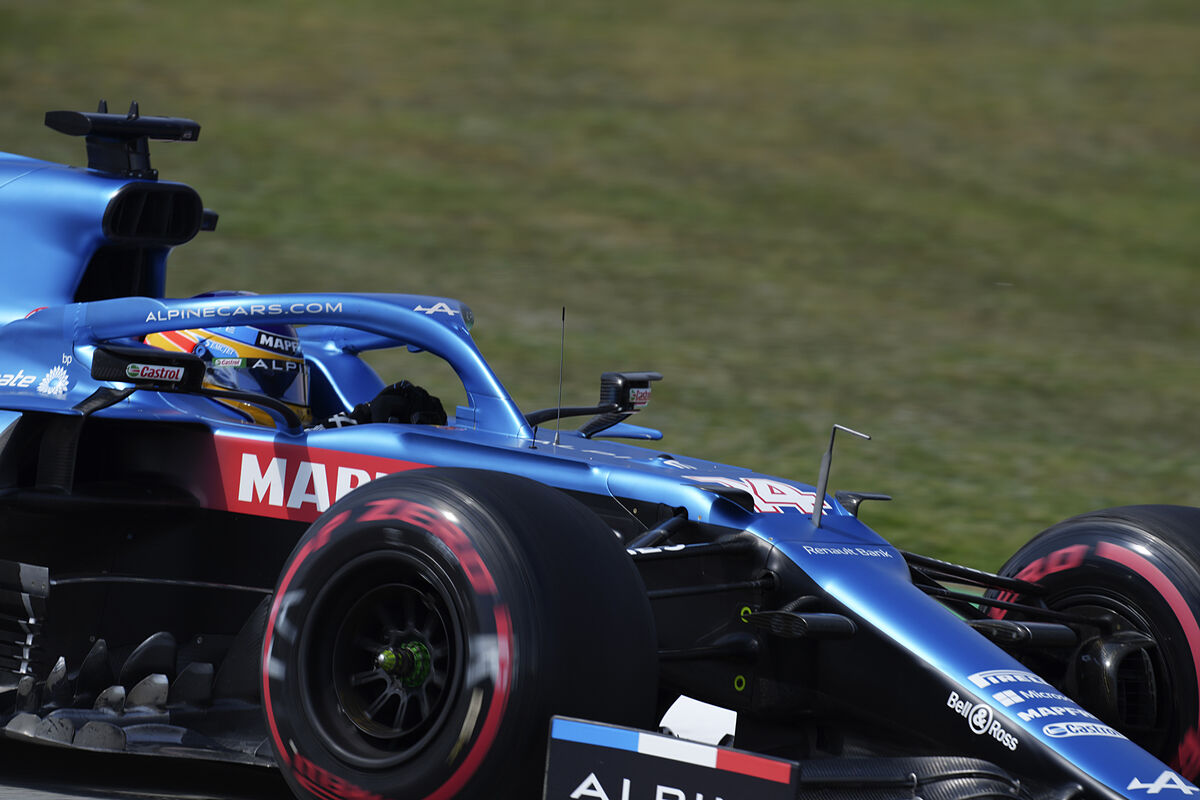 had given up just over six tenths, a whole abyss in this World Cup marked by the meager differences with Mercedes.

Verstappen's confusion was also reflected in an unexpected

, with only two minutes remaining. This time around, his RB16B couldn't get close to the best in each of the three sets, dominated by Hamilton,

, respectively. He didn't even seem to support Alpine's rhythm.

On soft tires, under conditions very similar to those expected on Saturday,

The fifth place for the Asturian, just behind

, opens a window of optimism.

"How are the tires? How is the balance of the car?" He asked over the radio.

"We have oversteer," they answered from the wall.

After the penalties suffered in Portimao, the two-time world champion focused on every minute detail.

With more heat and gusts of wind than in the morning, the A521 race simulations offered interesting data.

If Mercedes could do multiple laps in 1:23, Alonso seemed to hold the pace.

Also Leclerc with the Ferrari.

As if it weren't enough, the Monegasque (1: 18.335) was only 13 hundredths behind Hamilton's best time. His third place shows the good moment of SF21, with which

, four tenths slower, would finish eighth. The only trouble for the '55' occurred in the Campsa curve. After hitting a curb, some pieces flew through the air, causing a short-lived

. The skill and haste of an operator avoided major setbacks.

In any case, the two red cars outscored the Red Bulls.

It is true that Verstappen's best attempt was made on intermediate tires, but the soft ones did not push

To make matters worse, the Dutchman would end up damaging the right part of his front wing, as he badly crossed the pianos at Turn 8.

engineers must learn from all this as soon as possible