The Swedish talent is hailed by the Premier League star

Manchester United's Swedish talent Anthony Elanga, 19, is in the big club's squad for tonight's Europa League semi-final against Roma. Now he is hailed by the team's big star, Bruno Fernandes. - I think he has a future with us, says the Portuguese to the club's website. 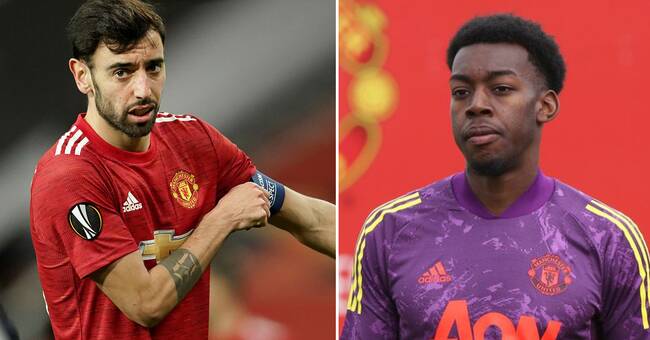 Swedish striker Anthony Elanga is having a good season in Manchester United's U23 team and in the recent victory against Derby he was noted for two goals and one assist.

The good performances have been rewarded with a place in the first team in the Europa League and as a tight match schedule now awaits, the debut can probably be close.

Now he is hailed by the superstar Bruno Fernandes.

- He impresses everyone as he is a really lovely guy.

He is really good with the ball, plays with both feet.

He has a future, he says.

The Portuguese even believes that Elanga can become an A-team player at Manchester United.

- If he stays focused on what he has to do and what he can achieve, I think he has a future with us.