Team Hasselborg took another victory in the World Cup

Anna Hasselborg's Swedish national team faced off against hitherto undefeated Switzerland in the curling WC's group game. Then the Swedes took a new giant step towards the playoffs with a convincing 8-3 victory. 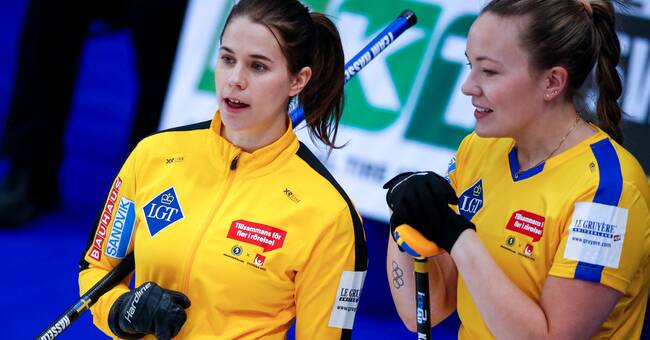 Team Hasselborg started by taking a point in the two initial rounds and then had a slight advantage throughout the match.

But it was not until the eighth round that skipper Anna Hasselborg decided by first succeeding with a double and then clearing the nest on Lag Tirinzoni's Swiss stones.

That was also the end of the match.

With the loss against China as the only blunder in the protocol, Sweden now sails up to a shared second place in the group stage.

The only team that has won all their matches is RCF (Russian Curling Association), they meet Team Hasselborg tomorrow.

Five matches remain for the Swedish part of the group game. The top six teams advance to the playoffs. The Swedes thus seem to be on their way if nothing unforeseen happens. Team Anna Hasselborg has won six of seven matches.