Zahui: "I was really shocked - had no idea"

On the same day that Amanda Zahui announced at a press conference that she was giving up the European Championships, the news broke that Klara Lundquist will be the next Swede in the world's best league, WNBA. - I was really shocked! Nobody had said anything, says Amanda Zahui to SVT Sport. 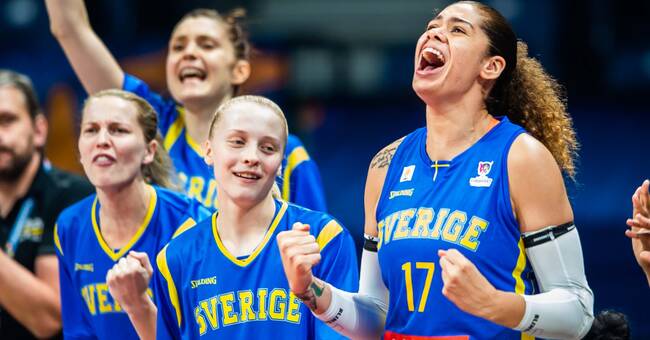 - I had my press conference the same day.

So I sit in the car when my girlfriend writes and asks if I know her, says Zahui and laughs.

Klara Lundquist broke through early, was named rookie of the year in her debut season in the basketball league and made her national team debut as a 17-year-old.

After a failed professional stay in France, she moved home to Alvik in 2019. There, she has been a leader in the club's path to the Swedish Championship final series, which was narrowly lost to Luleå.

She was named MBLP of the Year in SBL and was later awarded a professional contract by Washington Mystics.

In the world's best league, the fast-paced point guard is welcomed by Zahui.

- I'm very tagged for her sake.

We talked the same day.

She does not really know when she will arrive in Washington because she is going to play the European Championships.

But it's a lot of fun to have another Swede in the league.