Video: Al-Ahly loses on the land of El-Mahalla, with the goal of "Roberto Carlos of Egypt"

Al-Ahly lost to its host Ghazl El Mahalla, with a free goal, on Monday, in the Egyptian Football League, to the "Red Devils" wasting five points in two consecutive rounds, after he had tied in the last match against El Gouna 1-1. The goal of Ghazl El Mahalla was scored by the star Ashraf Sayed. In the 35th minute of pay off 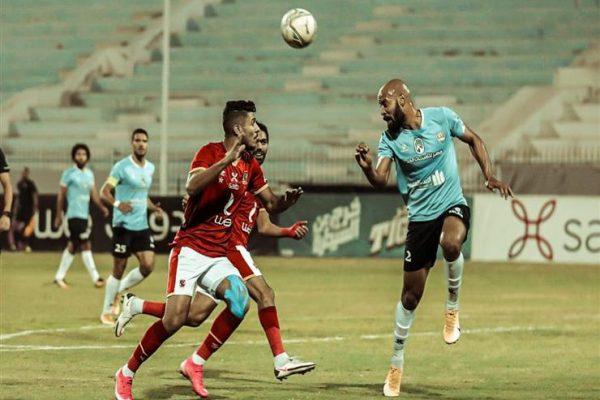 Video: Al-Ahly loses on the land of El-Mahalla, with the goal of "Roberto Carlos of Egypt"

Al-Ahly lost to its host Ghazel El-Mahalla, with a free goal, on Monday, in the Egyptian Football League.

And the goal of Ghazl El Mahalla, the star Ashraf Sayed scored in the 35th minute with a missile shot after carrying out a direct free kick, as the ball was moved to him from a distance, and he rushed towards it and fired it to the right of international goalkeeper Mohamed El-Shenawy in a scene that recalls the way in which Brazilian Roberto Carlos scored goals for the benefit Real Madrid and the Samba national team in terms of technique and the power of shooting balls at a medium and steady height towards the goal.

- The first goal for Ghazal Mahalla

With this result, Al-Ahly continued to occupy second place on the league standings list with 37 points from 17 matches, while their traditional rivals lead the championship with 41 points from 19 matches, while Ghazl El-Mahalla is currently ranked eighth with 27 points.