Henry: Oak will not back down on Arsenal

Daniel Ek has previously made it clear that he wants to buy Arsenal. Now Thierry Henry, who is one of three Arsenal legends who support Ek, confirms that Spotify founder Daniel Ek has contacted Arsenal's owners with the intention of buying the club. "He wants to recreate Arsenal's DNA, the identity that I think has been lost for a long time," Henry told Sky Sports. 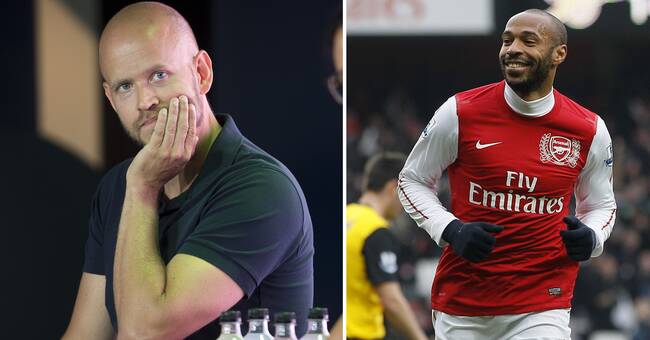 The three form an advisory group to Ek, according to the news agency AFP.

The American owner family Kroenke has been criticized for years by the club's supporters.

Criticism has increased after Arsenal were one of the twelve clubs behind the heavily criticized "super league".

Thousands of supporters have gathered to protest and on Twitter the hashtag "#KroenkeOut" has been trending.

However, the owner family has stated that a sale of the club is not relevant.

- I want to repeat that Daniel will not back down - he will be there and see if they want to sell, says Henry and warns at the same time that the process can be long and difficult.

Daniel Ek stated last week that he secured the money to place a bid for the club, which he has been a supporter of since childhood.

- I'm very serious. I have secured the money for it, and plan to make a convincing bid and I hope they listen to it, he said in an interview with the television channel CNBC.