Amanda Lind on the criticism: "Something we have to deal with"

The orienteering association is critical of the fact that children and young people who play sports in competition areas available to the public are not allowed to compete. Minister of Culture and Democracy Amanda Lind (MP) is now responding to the criticism. "I see that this is something we have to come to terms with," she writes in an email to SVT Sport. 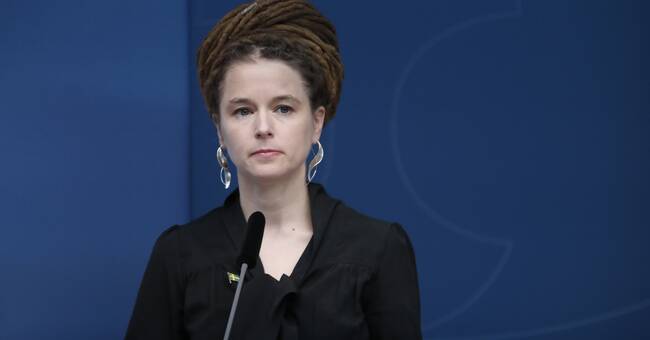 Last week, the Swedish Public Health Agency came with the good news that children and young people born in 2002 or later are allowed to play individual matches and compete outdoors again.

The problem is that the guidelines do not apply to all children and young people.

Sports that use competition areas that are accessible to the public and that cannot be delimited fall under the regulations for public events and public gatherings.

At present, a maximum of eight people apply then.

This means that children and young people in sports such as orienteering, cycling, running and sailing can still not compete outdoors.

"I am extremely disappointed, not least when the injustice now so clearly affects the children specifically.

Do it again and do it right ", wrote the Orienteering Association's chairman Maria Krafft Helgesson on the association's website last Friday.

Minister of Culture and Democracy Amanda Lind (MP), who is responsible for sports issues, understands the frustration.

“I know that there is a great will and ability to organize competitions in a safe way and that the practitioners themselves run an extremely small risk of becoming infected.

It is a type of business that has been hit hardest by the fact that we have not had adapted legislation ", writes Amanda Lind in an email to SVT Sport.

"Obviously the activities get in trouble"

Lind admits that it is unfortunate that sports are subject to different regulations and thus are affected differently by decisions made.

"I see that this is something we have to deal with.

The children's movement has been a priority for me as Minister of Sports throughout the pandemic, but we have had challenges in exactly what the legislation looks like and it is obvious that these activities are getting squeezed because of it.

I want to solve that as quickly as possible ”.

According to Lind, the government has worked out proposals for a more accurate regulatory framework, but due to the contagion situation, a decision on that proposal has had to be postponed.

Instead, she hopes that the new participant ceiling proposed by the government will enter into force on 17 May.

"The proposal involves an adjustment of the participant ceiling to 150 people at exercise races and similar sports competitions, such as orienteering," Lind writes.