There are only three left: Iñaki Williams dismounts Sevilla from the fight for the League

Until just over a week ago, hardly anyone contemplated that Sevilla were a firm candidate for the league title, while the team did not stop adding victories. And now that... 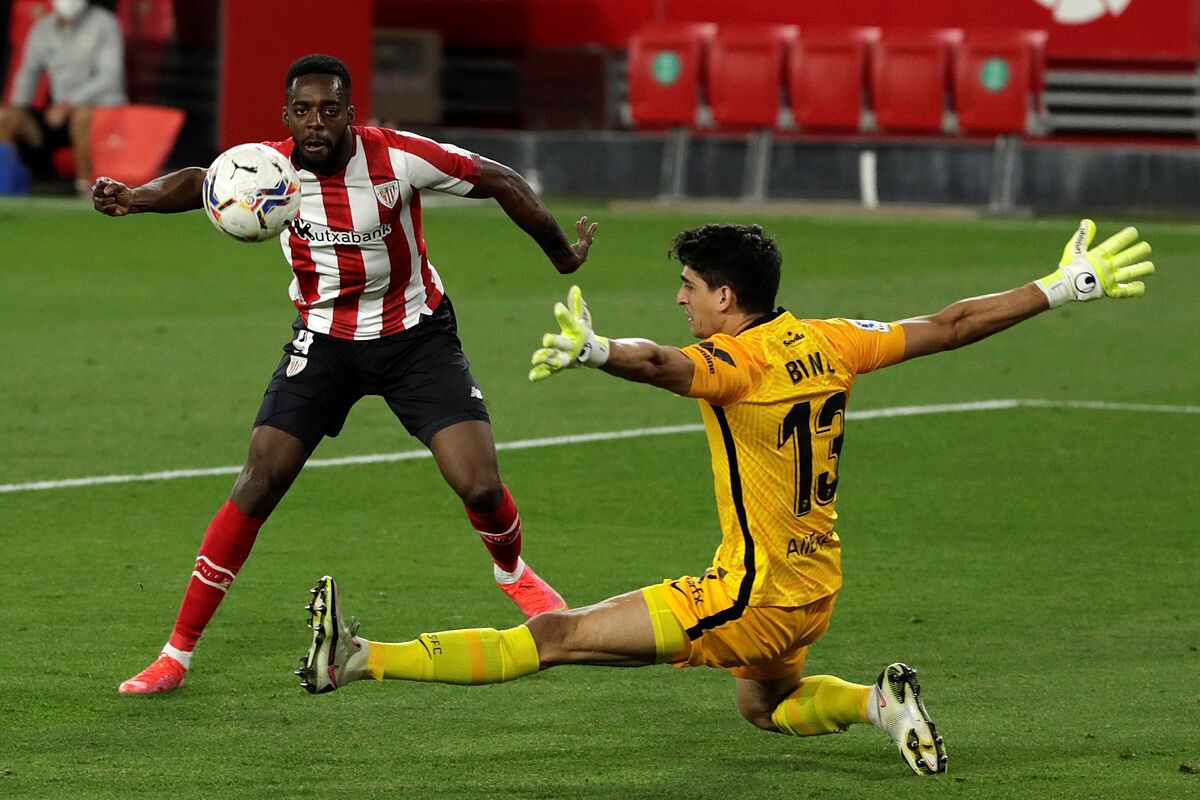 Until just over a week ago, hardly anyone contemplated that

were a firm candidate for the

, while the team did not stop adding victories. And now that it undoubtedly was,

. He could not fail to follow in the wake of the three and in the first

he did, falling defeated against

in the Pizjuán thanks to a goal from

Atlético with only 12 remaining to be played.

on Sunday and trusting that

not win at the

Although the tie, with Barça at four points, would not give him much air either.

Nothing to reproach, in any case, a team that has done enough to reach this point in the League with options.

And happiness for an Athletic that in two weeks has beaten

when it seemed to be heading towards a depressing end of the season.

Now he even has some European option, although the six points behind with

The advance pressure from Athletic was a headache for Sevilla in the first minutes until Lopetegui's team interpreted where the rojiblancos' weak point was: on their right wing. Sooner or later,

always managed to detach himself from

to send dangerous centers to the area. There, a

The problem that the Moroccan had had the name

The goalkeeper of the national team has been adding many errors in the starts this season, but under the sticks it is an absolute guarantee.

He saved Athletic on two occasions in the first half in which his teammates found it very difficult to disturb the Seville defense.

The tie at halftime was a good result for Marcelino's men.

There comes a point where it is difficult to understand the

criteria of the referees

- if there is one and not two dozen - with actions like this, in which the defender's arm is separated and whose presence cuts the trajectory of the ball towards the area.

Of course, neither Lopetegui nor his players understood that there was no penalty.

Sevilla spent the entire second half around Simón's area but, contrary to what happened in the first, the Alava goalkeeper barely enjoyed prominence.

who, again, shared minutes after both leaving the bench.

Nico got to score a goal, but starting from offside.

who gave Athletic the victory and buried Sevilla's dreams of being champion.

FútbolJavier Tebas: "Florentino Pérez lies, they have gone to burst the system"