Leo Messi wants to bring this League to the showcases of Barça. For this reason, the captain has opted to celebrate a brotherhood meal with the entire squad in his own home, to ... 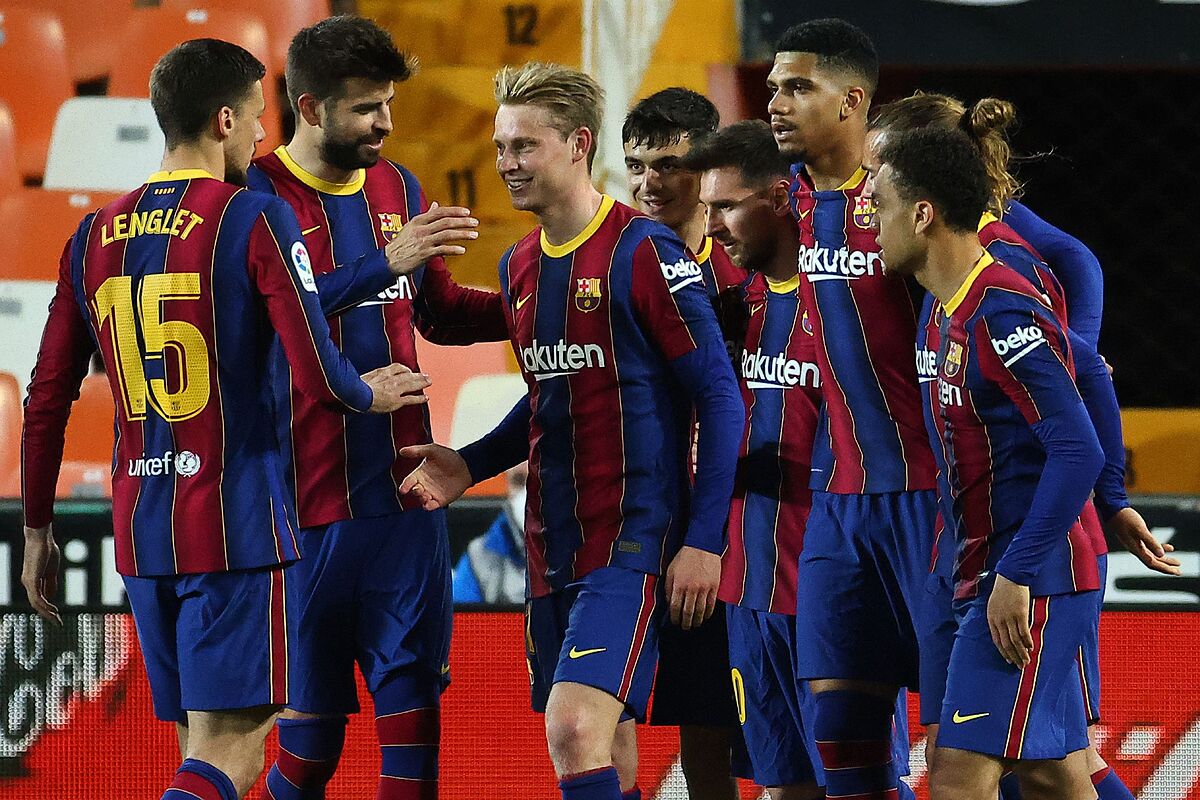 wants to bring this

to the showcases of

. For this reason, the captain has opted to celebrate a

with the entire squad in his own home, to conjure up and rush the fight just a few days after facing

. In other years, these types of meetings have been very common. Now, however, with the

After the training session at the Joan Gamper Sports City, with an eminently recovery work for the footballers who played the duel with Valencia at Mestalla on Sunday, the players have been going to the house that Messi has in a luxurious urbanization of a coastal town near Barcelona to share a barbecue. Some of them, accompanied by their

, as can be seen in a video published on the website of the newspaper '

'. The anti-Covid protocols in force in Catalonia, however,

restrict meetings to a maximum of six people

, with some exceptions, such as for work reasons or that all participants are part of the same coexistence bubble.

And this exception, that of the

, is the one that has been wielded from the surroundings of the Barcelona entity. The argument is that the players

eat together on many occasions at the Ciudad Deportiva

. And, in addition, as assured from the entity, the necessary security and distance measures were respected at all times. However, as

himself has managed to slip

in one of his last speeches to the media, not all footballers can meet in the changing rooms at matches. And even

on the move instead of one, to ensure that the required protocol of distances between people is complied with.

What this meeting has made very clear, beyond all that, is that the Barça squad is very psyched to make pineapple and rush their chances of achieving the league title. Above all, after the pitcher of cold water that was the defeat conceded at home against

last Thursday and the moral boost that was, instead, the victory suffered against Valencia at the Mestalla. The players know very well that, to finally win the trophy, they have to win the four games that remain in the championship. Starting, of course, with the clash against Atlético de Madrid that they will play this Saturday at the Camp Nou and for which the

that he showed off against Real Madrid in Valdebebas.

Something that, on that occasion, did not exactly give luck to a team that ended up falling 2-1 against the team led by Zinedine Zidane.

Whispers of sport Koeman, regretful of Valencia, at the limit of stress at Barça and with a second he met on the beach

This is how LaLiga becomes a classic without an audience and in a pandemic: a 200,000-euro movie camera, a drone with a parachute and 12 applause audios