Togo players Bennel Malaba and Laba Kodjo scored the goals of Ittihad Kalba and Al Ain respectively, to tie the two teams 1-1, today, Monday, on the land of Kalba in the 24th round of the Arab Gulf League, to raise the landowner to 36 points in seventh place, and Al Ain 38 in sixth place And on a 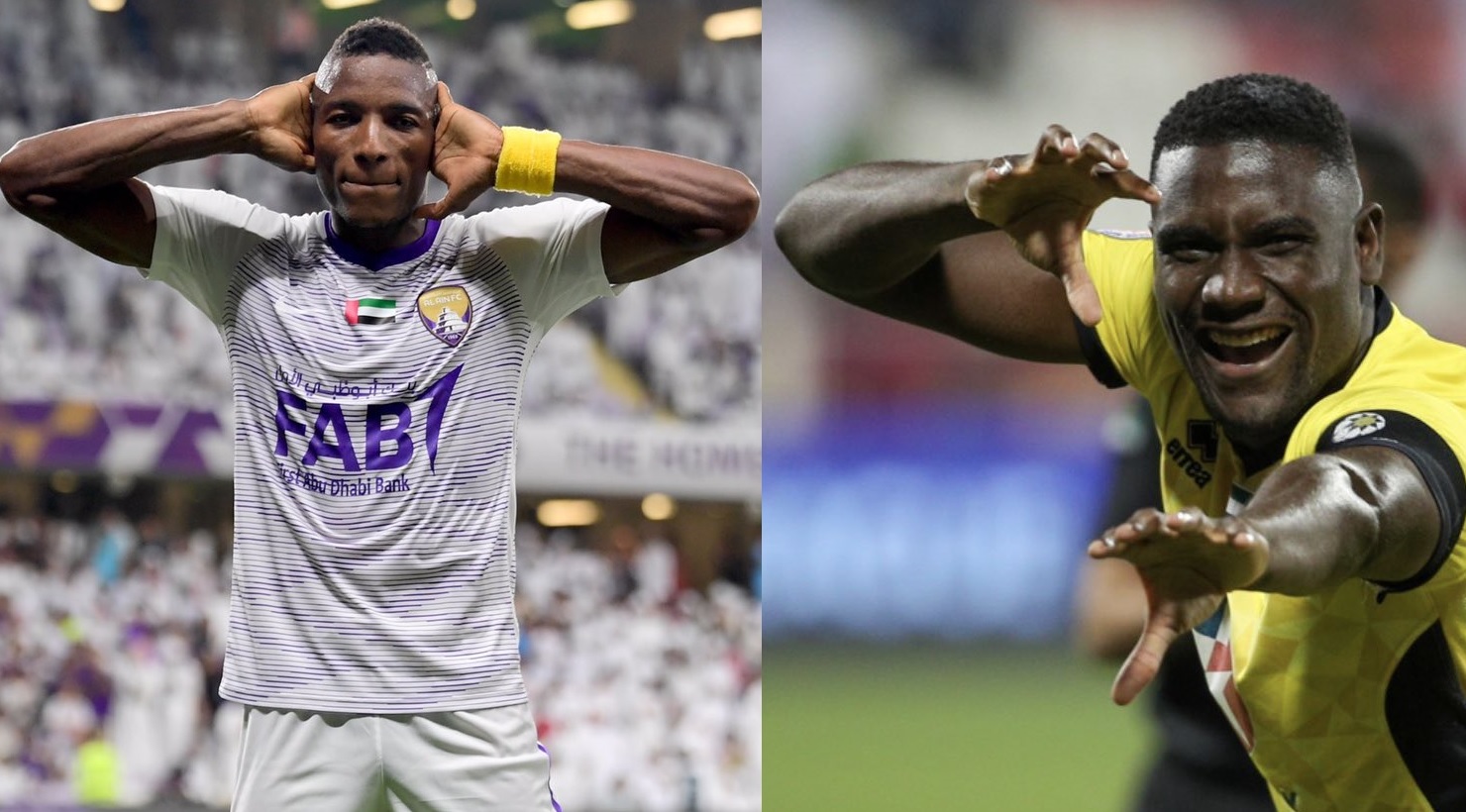 Togo players Bennel Malaba and Laba Kodjo scored the goals of Ittihad Kalba and Al Ain respectively, to tie the two teams 1-1, today, Monday, on the land of Kalba in the 24th round of the Arab Gulf League, to raise the landowner to 36 points in seventh place, and Al Ain 38 in sixth place .

Although the match is a foregone conclusion, it appeared in a distinctive artistic way, and Al Ain almost hit the net of Al Ittihad Kalba after Saeed Jumah's shot, which Jamal Abdullah tackled in the 8th minute, while Captain Ahmed Amer hit the side of Al Ain’s stand 12, before he Al-Zaeem Al-Aynaoui opened the scoring of goals through the Togolese Laba in the 18th minute when he made do with a tactical touch of the ball that reached him from Brazilian Eric Jorgenis, which shook the net of Tigers goalkeeper Jamal Abdullah, after Laba changed the path of the ball to go to the far corner

and Al Ain almost realized the second goal had it not been for a shot Caio header passed by the post 27.

Referee Adel Al-Naqbi returned to the video technology (mouse) to count a penalty kick for the Kalba Federation after Malaba was paid by Saeed Jumaa, from which Togolese Malaba scored the equalizer (30) and did not need a long time to verify the situation.

A fight and quarrel occurred between Al Ain player Khaled Al Balushi and the Swiss Kalba player Mariani, so the referee stopped the match and gave yellow cards to the players and to Al Ain goalkeeper Khaled Issa 40, and before the end of the first half, Laba shot a surprising header that passed by the post that almost announced the second goal (45 + 2).

The match appeared in the second half at a better technical level by the two teams, especially Ittihad Kalba, whose performance improved after the participation of the Brazilian Romulo Santos, who in turn made an attack for his teammate Mariani, who fired a powerful ball that Khaled Issa courageously responded to 51.

The vigilance of Tiger goalkeeper Jamal Abdullah contributed to confronting a verified goal by the ball. Bandar Al Ahbabi shot it with a direct free kick 55.

Jamal saved a ball that the Togolese Laba had hit the single player in the net with great valor, 78 and removed it to a corner, although the referee of the match returned and considered an offside case.

The match intensified in the last five minutes in a distinctive way, and Khaled Issa succeeded in tackling a dangerous ball shot by Santos (90 + 3), after which the match ended in a draw.