Fans of the round witch in the African continent are awaiting the draw for the quarter-finals and the semi-finals of the African Champions League, which will take place today at the headquarters of the Confederation of African Football in the Egyptian capital, Cairo. The eight teams qualified for the elimination rounds were determined, including five Arab clubs, 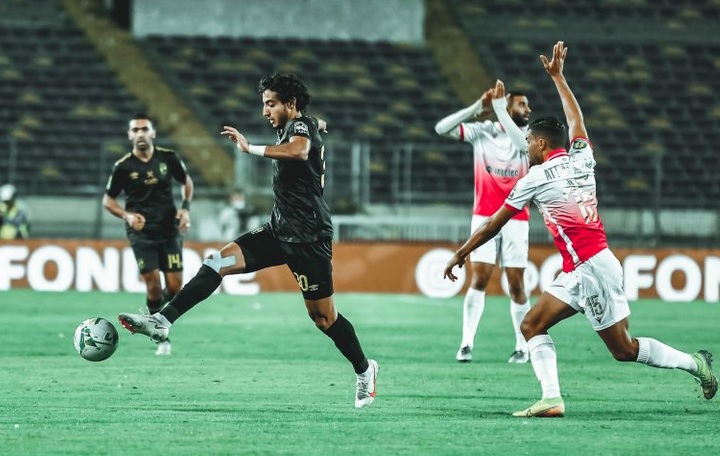 Fans of the round witch in the African continent are awaiting the draw for the quarter-finals and the semi-finals of the African Champions League, which will take place today at the headquarters of the Confederation of African Football in the Egyptian capital, Cairo.

The eight teams to qualify for the knock-out rounds, including five Arab clubs, were decided after the end of the group phase early this month.

Al-Ahly of Egypt faces the risk of a difficult confrontation with one of the group leaders.

Simba, the Tanzanian and Al-Ahly, qualified for the first group, the South African Mamelodi Sun Downs and the Algerian youth Belouizdad of the second, Wydad Casablanca of Morocco and Kaizer Chiefs of South Africa for the third, and Tunisia's Esperance and Mouloudia Algeria for the fourth group. While five former champions of the tournament continue their campaign to ascend the podium again, the group stage witnessed an early farewell to three teams that had previously held the championship cup, namely, Zamalek Al-Masry, TP Mazembe, the Congolese Democratic, and Vita Club, the Congolese.

On the other hand, Al-Ahly, JSB Belouizdad, Kaizer Chiefs and Mouloudia, who won the championship in 1976, are in the second classification after being runners-up in their groups.

The leaders of the four groups meet with the runners-up, and two teams that played together in the same group cannot meet in the group stage during the quarter-finals, but two teams from the same country can meet.

It is certain that the quarter-finals will witness a fiery confrontation for Al-Ahly (the defending champion), the record holder in the number of times winning the championship with nine titles, after he failed to lead the first group, and he is forced to face any of the leaders of the other three groups in an early final of the tournament.

Al-Ahly had previously faced Sun Downs in more than one confrontation, the most prominent of which was in the final of the competition in 2001, which was crowned by the red team, while the last of which was the quarter-finals of the last championship.

Al-Ahly has previously faced Esperance in many matches, including the final of the 2012 and 2018 editions, and the Egyptian team also met with Wydad in the 2017 final

. The quarter-finals may also witness other Arab confrontations, where Mouloudia could meet with Wydad, and Youth Belouizdad with Esperance or with Wydad too.

The draw will also determine the path of the teams towards the final match, where the draw for the semi-finals of the tournament will also take place, and the stadiums for the round and return rounds will be determined in this round.