St. Louis pitcher Kwang-Hyun Kim reported a'first win' for the season. After his major league debut, he caught the most '8 strikeouts', and even recorded'first hits' by sprinting. 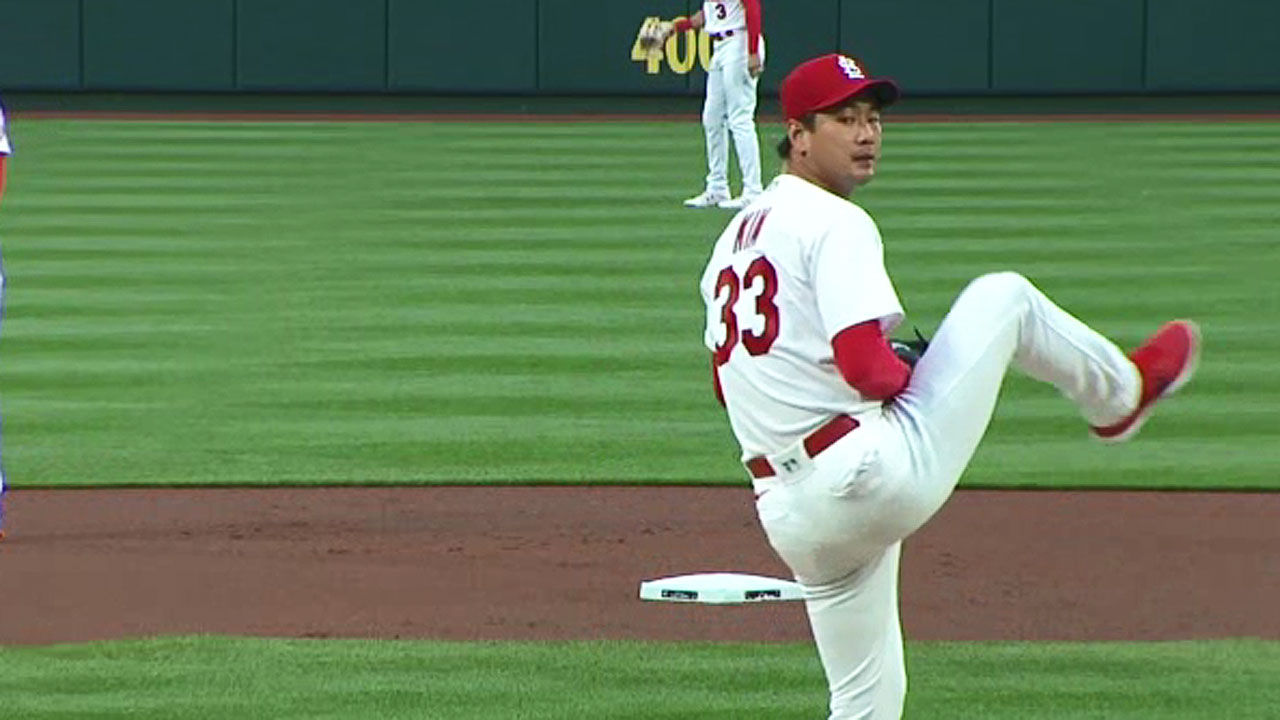 St. Louis' pitcher Kwang-Hyun Kim reported a'first win' for the season. After his major league debut, he caught the most '8 strikeouts', and even recorded'first hits' by sprinting.

This is Jung Hee-don reporter.

Kim Gwang-hyun, who stood in front of home fans for the first time after his big league debut, overpowered the Cincinnati hits with a powerful pitch.

The highest fastball pitch was 147km, which is about 2km faster than the previous first pitch, and a dazzling strikeout show was held with a sharp slider that pierced every corner of the strike zone.

In particular, the highlight was the scene where the 3rd hitter Suarez and the 4th hitter Joey Voto both threw the sliders and struck out 1 and 4 times in a row.

Kim Gwang-hyun, who recorded eight strikeouts, the most in one big league game, recorded his first hit in his professional debut at bat.

After hitting the ground ball in the 3rd inning, he made a hit by sprinting and enthusiastic not only the fans but also the dugout colleagues.

Kwang-Hyun Kim allowed a home run to the first batter in the 6th inning and scored 1 goal, but after catching more two-outs without shaking, he came down the mound with a 5-1 lead, and the team won the first win of the season with a 5-4 victory.

Since last year, it is the third win against Cincinnati alone.

[Kim Gwang-Hyun/Saint Louis pitcher: I think it was my first time to hit (hit) in high school, and when I put down the burden, I feel comfortable and I think there were good results.

Kim Gwang-hyun, who achieved the best performance with an economical pitching with 89 pitches, predicted a cruise this season as well.