Eintracht Frankfurt: Setback in the fight for the Champions League 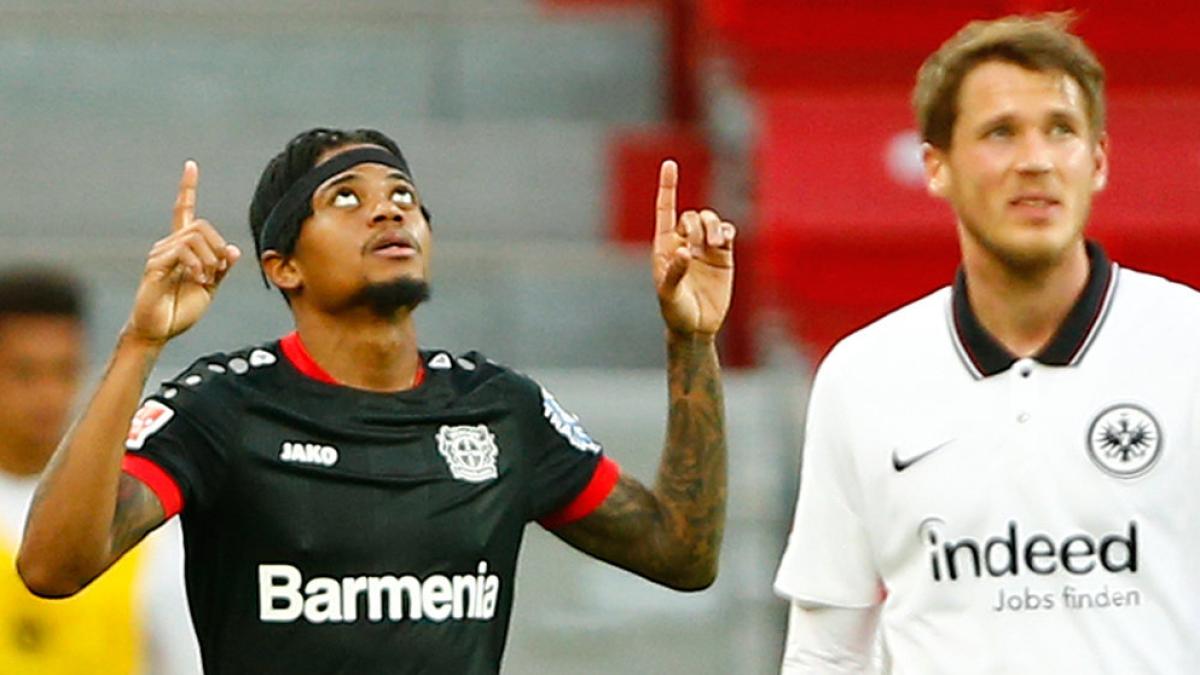 And Leverkusen again. Eintracht Frankfurt suffered another bitter defeat at Bayer Leverkusen in the battle for the Champions League. The Hessians lost 1: 3 (0: 0) on Saturday evening and are only one point ahead of Borussia Dortmund in fourth place. In addition, the team of coach Adi Hütter, who moved to Mönchengladbach at the end of the season, missed the chance to finally keep Leverkusen out of the race for fourth place. With a gap of six points and three games left, the Werkself have at least a slim chance at the premier class.

André Silva (90 + 1) only succeeded in the interim connection goal for Frankfurt.

In the previous six guest appearances by the Frankfurt team, including the cup, Bayer had always won by at least three goals.

The 17-year-old gets all the time to prepare, "but I don't think he just wants to study all the time," said Wolf.

The coach was once again forced to make changes in defense.

Sven Bender dropped out at short notice due to ankle problems and in his last career year now missed more games (16) than he played (15).

Trapp prevented worse for Frankfurt in the initial phase

Aleksandar Dragovic was on the pitch for the first time under Wolf, while national defender Jonathan Tah was the ninth Leverkusen player to try his hand at right-back this season.

And that against Filip Kostic, but Tah did a good job.

On the other side, striker André Silva (6th) missed the quick lead for Hessen, where Daichi Kamada was fit in time and national player Amin Younes was outside again.

The chances to score were significantly less after the wild initial phase, but the game remained interesting and intense. Leverkusen were a bit more active and had other opportunities through a header from Edmond Tapsoba (28th) or a shot by Demirbay, who also found his master in Trapp (45th). So was the first 0-0 both teams threatened in the 72nd Bundesliga duel?

On the other hand, Eintracht initially had something, but Daichi Kamada shot inches from the goal (47th). The hosts, however, remained the more active team, and being less comfortable with the point, they put the pressure on. But Eintracht defended consistently and uncompromisingly. But then substitute Moussa Diaby hit a long flank and Bailey hit volley from an acute angle. Trapp, who had been strong up until then, didn't look good either. Alario increased to 2-0 after a Bailey pass - and then there were two more goals within a minute in stoppage time.