A last chance for Al-Ahly youth to preserve Asian hope

The youth of Al-Ahly meet again with the Uzbek Ajmak three days after the confrontation of the two teams, which ended with the latter's victory with two goals to one goal, as «Dubai Knights» hopes to return the debt to the Uzbek team when they meet in the fourth round of the first group matches of the AFC Champions League, at 11 o'clock 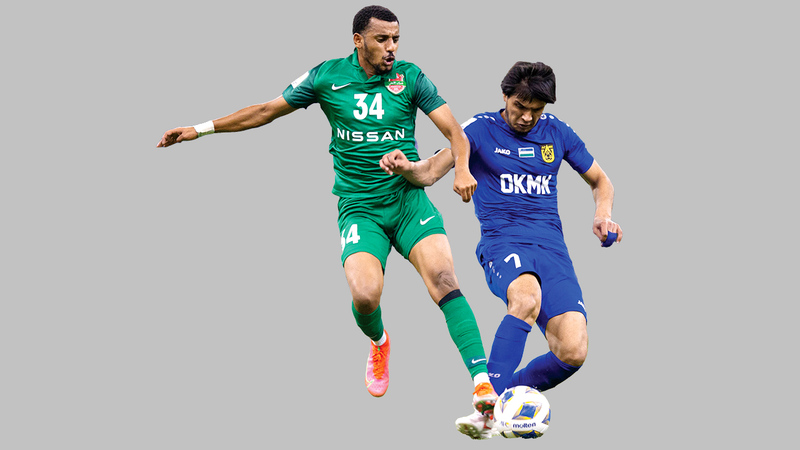 He faces Ajmak again in the Champions League

A last chance for Al-Ahly youth to preserve Asian hope

Suhail fought during an attack by Shabab Al-Ahly on Ajmak's goal.

The youth of Al-Ahly meet again with the Uzbek Ajmak three days after the confrontation of the two teams, which ended with the latter's victory, with two goals to one. Fahd International in Riyadh.

The match is the last chance for Al-Ahly youth to maintain their hopes of qualifying for the 16th round of the continental championship, especially after the disappointing start of the team in the first leg, which saw the "Dubai Knights" get one point in the first round in front of the Tajik independence of Dushanbe without goals, and the loss from Al Hilal The Saudi team scored two goals without a response in the second round, before losing in a dramatic way in the third round to Ajmak the Uzbek 1-2, despite the progress of Shabab Al-Ahly with a goal scored by Ahmed Al-Attas until the 87th minute. In the tournament.

And in the same group Al Hilal meets with Istiqlal Dushanbe, as Al-Ahly youth hope that the match will end in a draw, especially since "Al-Zaeem" tops the ranking list with seven points, while the Tajik team is equal to Ajmak with four points each.

Coach Mahdi Ali is betting on the good level presented by Shabab Al-Ahly in the first half, as well as not to repeat the mistakes that occurred in the second half and contributed to two goals entering the goal of Majid Nasser.

"The Engineer" hopes that Ahmed Al-Attas will continue his brilliance, after he showed a great level in the last match and scored the team's only goal so far in the competition, which contributed to his selection by the AFC as part of the third round squad, and Mahdi Ali is expected to depend again on The young player Sohail, who appeared well, fought alongside the Uzbek, Jalaluddin Masharipov, with Carlos Eduardo in leading the midfield and attacking the "Dubai Knights".