Seville replaces Bilbao as the venue for the European Championship

The La Cartuja stadium in Seville will be one of the 11 venues for the European Football Championship that will be held between June 11 and July 11 of this year. UEFA has agreed ... 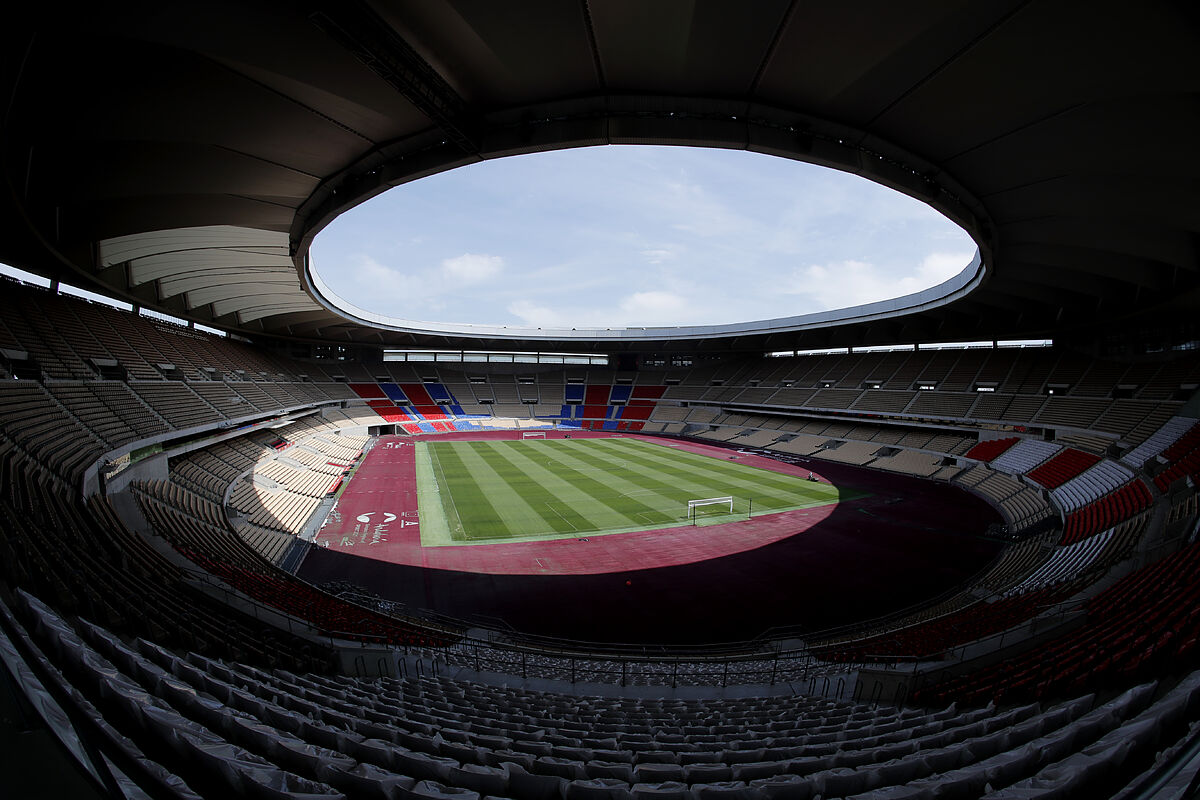 The La Cartuja stadium in Seville will be one of the 11 venues for the European Football Championship that will be held between June 11 and July 11 of this year.

UEFA has agreed this Friday to the RFEF's request that the Sevillian stadium be the substitute for San Mamés if, as has happened, the Bilbao headquarters fell due to the sanitary limitations imposed by the Basque Government to accept the entry of the public into the four games it was supposed to host.

From the moment the Basque authorities announced their demands, many of them impossible to meet in a city that currently exceeds 500 cases per 100,000 inhabitants in the last 14 days, to open 25% of the capacity of San Mamés, the RFEF went to work to offer a solid alternative.

, expressed by himself, was that Spain should not be left without a venue, among other things because

had to play all three of its group stage matches there.

Although the option of Madrid was also considered, with the Wanda Metropolitano, Seville immediately became the alternative championed by Rubiales.

The RFEF has cultivated an excellent relationship with the Andalusian authorities in recent years.

A few months ago, it was announced that the community would host 24 matches for the men's and women's senior teams and the men's U21 team in the next four years.

In addition, La Cartuja is the venue for the Cup final from 2020 until at least 2023 (in 2019 Benito Villamarín was also Sevillian) and hosted the final of the Spanish Super Cup this year due to the impossibility of holding it in Saudi Arabia , as planned before the pandemic.

UEFA already confirmed to Bilbao last Wednesday that it was withdrawing its headquarters.

A decision that caused a major anger in the public institutions involved in the headquarters: the City Council itself, the Biscayan Provincial Council and the Basque Government.

The three have announced that they are studying legal actions to defend the interests of the city, which had already invested about 1.5 million euros in the event, from which it expected a millionaire return despite the absence of public in the stands of San Mamés .

has accused UEFA and RFEF of "blackmailing" Bilbao into accepting the public despite the health situation and also Rubiales for not wanting San Mamés to host the European Championship, a decision taken when

he still presided over the Federation.

Following this decision, the Spanish team will play in Seville in front of at least 15,000 spectators its three games in the group stage: on June 14 against Sweden, on June 19 against Poland and on June 23 against Slovakia.

A round of 16 match will also be played at La Cartuja between the first classified in group B (Denmark, Finland, Belgium or Russia) and one of the four best third group in the group.

Dublin has also declined as a venue for the same reasons as Bilbao, but it will not be replaced by another city.

UEFA has decided that Saint Petersburg and London will host the matches that were initially going to be played in the Irish capital.

Thus, the Russian city will host another three group stage matches (six in total) and the English one more in the round of 16, in addition to the one already assigned.

The headquarters that remains, despite doubts in recent weeks, is Munich, as confirmed by UEFA. The German city had assured a few days ago that, given the sanitary circumstances, it could not guarantee the presence of the public for almost two months seen at the Allianz Arena. Munich had asked UEFA for a few more days to collect more documentation and it has finally been accepted, waiting to know the details that have motivated the decision of the body chaired by Aleksander Ceferin.

The other eight venues of the Eurocup, already confirmed days before by their commitment to host at least 25% of the capacity of their stadiums, are Rome, Baku, Amsterdam, Copenhagen, Budapest, Bucharest and Glasgow, in addition to the aforementioned Saint Petersburg and London.

It will be at Wembley Stadium where the two semifinals are disputed with the final of the tournament that was postponed last summer due to the pandemic and in which Portugal defends the title it won in 2016 in France.