Messi wants it all

Even in the days of Messi, king of the mambo against Getafe, there are those who say that football has lost interest. That new generations have a hard time keeping their attention on ... 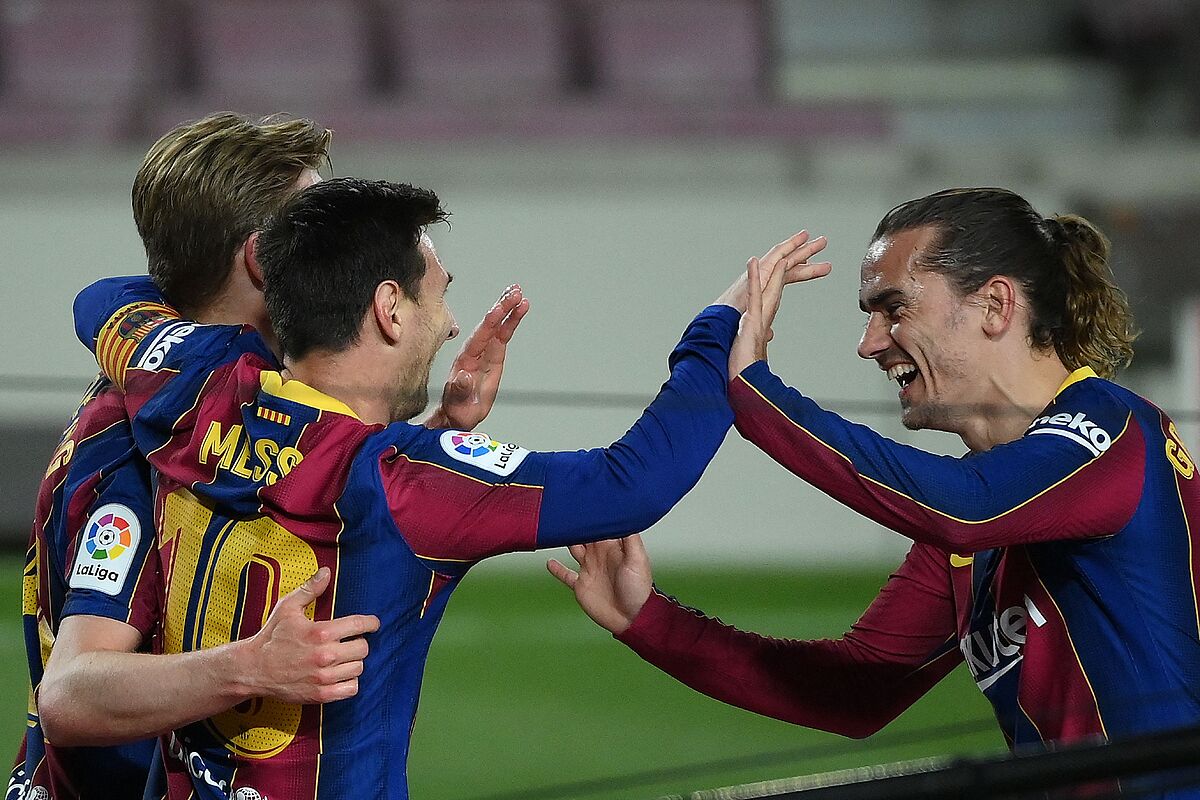 Even in the days of Messi, king of the mambo against Getafe, there are those who say that football has lost interest. That it is difficult for the new generations to keep their attention in a game because the pleasure must be immediate. It does not matter whether it is short or prolonged, because there are plenty of sources that produce stimuli. If you don't like something, you change. But this war to control the extraction of money that the superb elites maintain with the moth-eaten organs of power will not win the fans. Neither the boomers, nor the millennials, nor the generations X or Z. All of them are now simple customers who are also required to make out-of-date acts of faith. And few more intense to bear than a key match for the achievement of the championship ends up splintering at dawn on a weekday. And, let it be known,the desert Camp Nou pandemic does not have the psychotropic enchantment of an after party bathroom. Lucky for Messi.

Getafe de Bordalás arrived at Barca territory at a bad time, once a torment, but at the Camp Nou a team that made its first foul in the 36th minute. And when they already accumulated a 3-1 deficit. The azulones have not won a game for three and a half months. Although perhaps little can be reproached with a key game for salvation against Huesca just around the corner, after years of misunderstood feats, and also facing a Barcelona that continues to be determined to conquer the League. Even so, Getafe scored two goals in their first two shots and after Araujo's innocent penalty to Ünal 20 minutes from the end, he put the locals in an unexpected predicament. The central himself, already in the twilight and assisted of course by Messi, settled the doubts. Griezmann put the lace from eleven meters. The accounts are clear.If the Catalans win the seven games that remain, they will be champions.

This is what Messi intends, who has reached this final stretch with that childish smile that reveals inner peace. There was nothing more to see his performance against Getafe. He did so many things that he only needed to put himself back in the center of the field so that his teammates could take pictures with him again, as happened in the La Cartuja Cup final. Although it is a bad matter that of the tributes with a game at stake.

In 33 minutes Messi had time to open and almost close the game.

He scored two goals, shot twice at the post and accumulated up to six shots.

Rosario's production was such that Bordalás was useless with his line of three centrals.

The same that Busquets opened on the channel for Messi to sneak like a partridge between Sofian Chakla and Djené.

Seeing the latter push the wind was the comic prologue to the opening goal.

Getafe tied the game quickly, although it was just a mirage.

Mingueza looked terrified when he saw his knee twist badly.

Cucurella took advantage of the momentary numerical superiority to center the heart of the area, where Ángel finished off as badly as he could.

Little did it matter.

Lenglet crossed the path to the nothingness of the ball, which changed its trajectory until it ended up in the inappropriate net.

Although the quick response came after a new grotesque. This one even more serious. Chakla did what a child coach could screw you to a concrete bench forever: go back to the goalkeeper directing the ball between the three sticks. Soria, who shouldn't have understood what his partner was asking him either, left as if he were about to miss the bus. The ball passed him by the side and he did not stop until it sneaked into his goal. The two protagonists, instead of burying their heads like an ostrich, chose to cross reproaches. Messi continued his work scoring his 25th goal in the League. With the right boot he threw the stick, with the left he took the goal.

He simply stayed in the locker room waiting for Getafe to throw the confetti at him.

Koeman, who was taken away by the demons yelling at Mingueza, launched Umtiti's life preserver.

And those of Bordalás, despite not reaching the shore, launched a serious warning to the Catalans.

But also to all those elites who reject the meritocracy of the humble and the despised.

Nobody fools the ball, unlike those who try to buy it.