HSV is already in danger of losing promotion shortly before the end of the season. Even with relegation candidate Sandhausen, Hamburg lose. And deserved so much that not only Toni Kroos shakes his head. 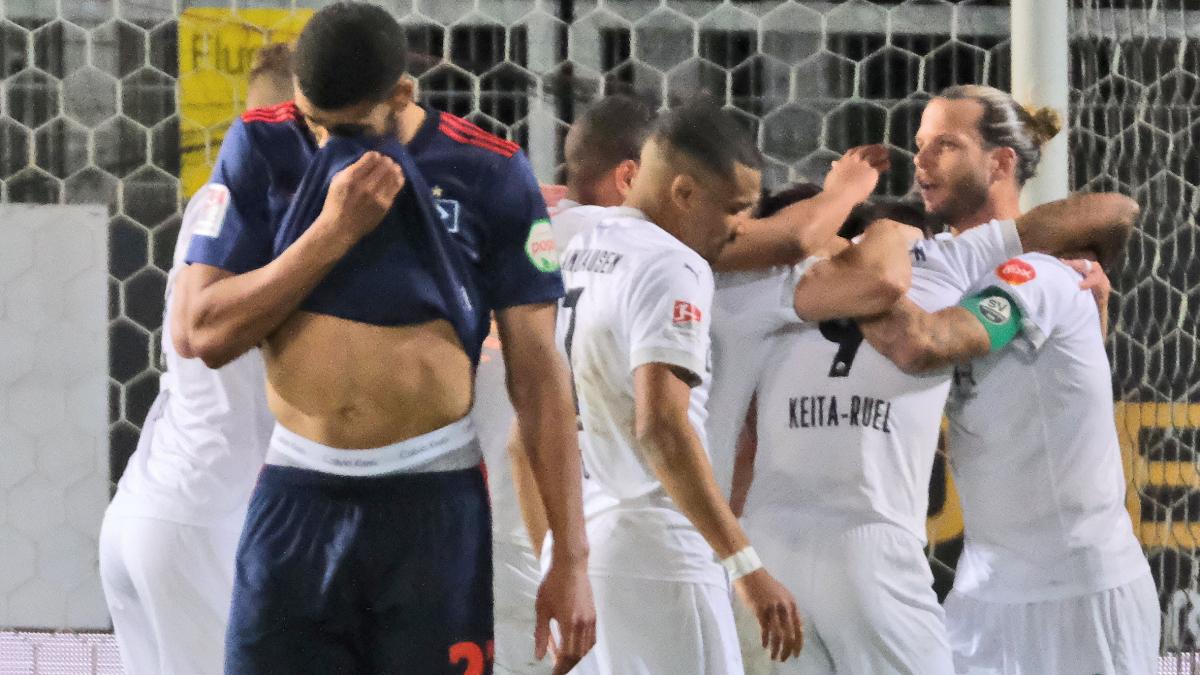 HSV threatens to gamble away the longed-for return to the Bundesliga again.

But not only in Hamburg they clap their hands over their heads, the surprising defeat did not go unnoticed in Madrid either.

Real Madrid midfielder Toni Kroos spoke up after the bloodless appearance of the self-declared promotion candidate.

"My goodness HSV ... honestly ...", he tweeted after the embarrassing 1: 2 of Hamburg at the second division bottom SV Sandhausen.

HSV and Kroos - a special case, now for two reasons.

Kroos is following the second division particularly intensely because his younger brother Felix is ​​fighting against relegation there with Eintracht Braunschweig.

Toni Kroos should therefore not have liked the fact that Sandhausen came close to the Braunschweiger on two points due to the sensation against HSV.

Kroos had already made fun of HSV in his podcast “Einfach mal Luppen” last summer.

"I always found Hamburg very loud," said the four-time Champions League winner and long-time professional at FC Bayern, "but maybe just good because it was clear beforehand that you would win."

Shortly before, Sandhausen was still in corona quarantine

Even the critical situation of the people of Baden-Württemberg, who only started training again on Monday after a two-week quarantine, could not be used by the favorite from the north in his favor. The bankruptcy is already the third winless game after the winter break and the second defeat in a row. “The sand houses wanted to leave their lives on the square. They knew that they had to blow everything out. That was the difference, "said HSV trainer Daniel Thioune at Sky:" We certainly lack stability in our heads and on the pitch. "

An own goal by Stephan Ambrosius (46th minute) initiated the Hamburg defeat, Daniel Keita-Ruel (52nd) followed up for Sandhausen.

"We didn't take place for the first 60 minutes, didn't contest the duels that you have to contest," said HSV keeper Sven Ulreich.

After the front runner VfL Bochum had previously won 2-0 at 1. FC Heidenheim and their closest rival SpVgg Greuther Fürth had solved their task with a 3-0 win at Eintracht Braunschweig on Tuesday, Hamburg could reach the goal of the season four points behind a direct promotion spot miss for the third time in a row.

11: 2 shots on goal for Sandhausen in the first half

Even in the early stages, the North Germans had big problems against the strong home crowd from Sandhausen.

Hamburg not only missed many basic virtues, it also had to change early.

Bakery Jatta was unable to continue playing due to an injury.

But the substitution did not improve anything in the game of the guests.

Sandhausen never presented himself as a candidate for relegation.

The only drawback: The home side initially failed to reward themselves after 6-0 corners and 11-2 shots on goal in the first half.

That changed 18 seconds after the break.

Ambrosius headed the ball into his own goal after a Julius Biada cross, and just six minutes later Keita-Ruel made it 2-0.

"If we all work together, then we can do it," said SVS captain Dennis Diekmeier.

The HSV only woke up late.

But there was no avoiding more than the follow-up goal from Wintzheimer.

The Hamburgers are now temporarily moving into a quarters in Herzogenaurach and will be visiting SSV Jahn Regensburg on Sunday (1.30 p.m., in the sports ticker of WELT), which still has to fight against relegation.

The pressure doesn't decrease, on the contrary: In order to keep the outcry among the fans and the criticism of coach Daniel Thioune as quiet as possible, points are urgently needed.

More and more the question arises whether Thioune is still the right one for this HSV.

In the past two years, the former Bundesliga dinosaur had failed on promotion.

Thiounes was commissioned to complete the third attempt.

It doesn't look good for this venture.