Masharipov raises the spirits of Al-Ahly youth by overtaking "miners"

Shabab Al-Ahly faces a decisive confrontation when they meet with Ajmak, the Uzbek, in the third round of the first group matches, at 11 pm, at King Fahd International Stadium in Riyadh. Dubai Knights seek to achieve their first victory in the group stage after they were tied in the first round. 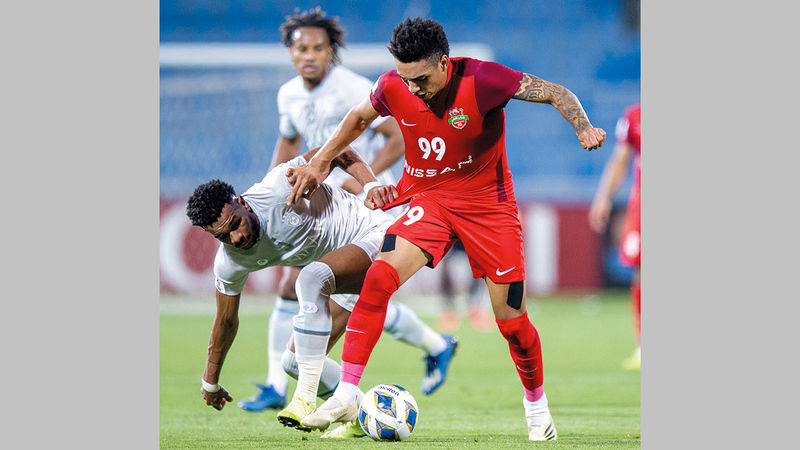 Masharipov raises the spirits of Al-Ahly youth by overtaking "miners"

Shabab Al-Ahly ranks fourth in Group A, with one point.

Shabab Al-Ahly faces a decisive confrontation when they meet with Ajmak, the Uzbek, in the third round of Group A matches, at 11 pm, at King Fahd International Stadium in Riyadh. Dubai Knights seek to achieve their first victory in the group stage after tying in the first round of Scored with the independence of Tajik Dushanbe, while he lost in the second round to Al Hilal Saudi Arabia with two unanswered goals.

The Al-Ahly youth list is witnessing the return of the Uzbek player Jalaluddin Masharibov, to raise the morale of the team, especially that the player loaned from the Saudi victory is one of the most prominent players of "Dubai Knights" in the past matches in terms of decisive passes and the playing industry in addition to the great role he plays in the middle of the stadium and building Attacks.

Al-Ahly youth faces the risk of moving away early from the competition for the first place directly qualified to the round of 16, especially since the third round in the same group will witness the confrontation of the two-pride Al-Hilal gathering with the independence of Dushanbe with four points each, and in the event that either team wins, its score will be raised to seven. Points and enhances his chances of deciding first place in his favor.

Al-Ahly youth hopes to achieve victory over the team nicknamed "miners" while hoping that the Dushanbe independence match with Al-Hilal will end in a draw, especially since the new system for the continental championship stipulates that the teams that occupy the first place in the five special groups in the West Asia region qualify in addition to the top three. Teams occupy second place and the same in the East Asia region, as 16 teams qualified for the final price.

Shabab Al-Ahly seeks to avoid entering into the competition accounts for the seats allocated to the top three teams occupying second place, but this is related to winning the remaining four matches for it in the group stage.

On the other hand, the Uzbek team will not be an easy match after it achieved a big surprise in the first round by drawing with Al Hilal with two goals each, while in the second round it lost to Independence Dushanbe by three goals against two. Especially since he is participating for the first time in his history in the group stage, and for the second time in general in the AFC Champions League, after he participated for the first time in the 2019 edition and deposited the tournament with a loss from the Saudi victory in the preliminary round.