The spokesman for the AFC, Nidal Bahran, revealed that the door is still open for all TV channels in the West Asia region, including the Emirati, to bid for the purchase of the rights to broadcast the Asian championships, including the AFC Champions League, which are currently being competitions, indicating 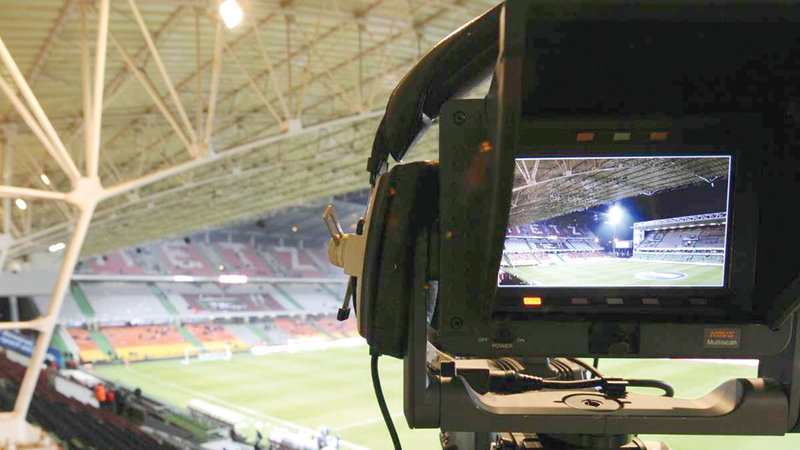 The spokesman for the AFC, Nidal Bahran, revealed that the door is still open for all television channels in the West Asia region, including the Emirati, to bid for the purchase of the rights to broadcast the Asian championships, including the AFC Champions League, which competitions are currently under way. Watching the group stage matches, which will continue until the end of this month outside Saudi Arabia, has become difficult, because time is short.

Bahran said to "Emirates Today": "The rest of the countries, for example the Emirates, the door is open for them to submit an application or offers to buy rights, and these rights are for four years until 2024, and are still available," adding, "The rights are available until 2024, and the broadcast will be according to The geographical area of ​​each country, in order to preserve rights, far from any side matters. ”

On the possibility that viewers will have the opportunity to follow the AFC Champions League, whose competitions are currently taking place in the group stage, he said, “The door is still open to negotiation, even though the AFC Champions League has reached the third round, and the time factor may not help us achieve new agreements, but this is possible for the roles. Coming out of the tournament ».

"Today, if the AFC Champions League ends, it does not mean that the rights have ended. We have several tournaments, such as the AFC Cup, the AFC Cup of Nations, and the decisive round qualifiers that qualify for the 2022 World Cup Finals, and we have different tournaments within the available package," he added.

Bahran stressed that the AFC showed flexibility in dealing with this file, to allow everyone to have access to the broadcast, and to open the way for everyone to bid.

He also indicated that the money that the AFC collects through broadcasting rights is money that benefits the member federations, and is redistributed through support for infrastructure, training and arbitration programs, financial awards and others.

This year, the AFC decided to divide broadcasting rights in the west of the continent into four regions, namely Saudi Arabia, the Emirates, Iran, and the rest of the regions. It has not received any official offers on broadcasting matches, with the exception of Saudi Arabia, which currently broadcasts the matches via YouTube and an electronic platform.

Bahran explained that the Saudi company, which won the broadcasting rights until 2024, will start broadcasting in the last quarter of 2021 in Saudi Arabia, according to their order, and within the specific geographical framework of the Kingdom of Saudi Arabia.

It is noteworthy that Arab fans outside Saudi Arabia will not be able to see their favorite teams during their current participation in the AFC Champions League, which is the most important Asian championship for clubs in the continent.

The AFC has faced several criticisms from media professionals, athletes and TV channels, about the exaggeration in broadcast prices imposed by the AFC, which reach $ 15 million for local broadcasting.