Florentino Pérez: "We are all ruined, we do this to save football"

24 hours after the official creation of the European Super League and after a day in which the world of football has lived in the heat of war between those who are for and against ... 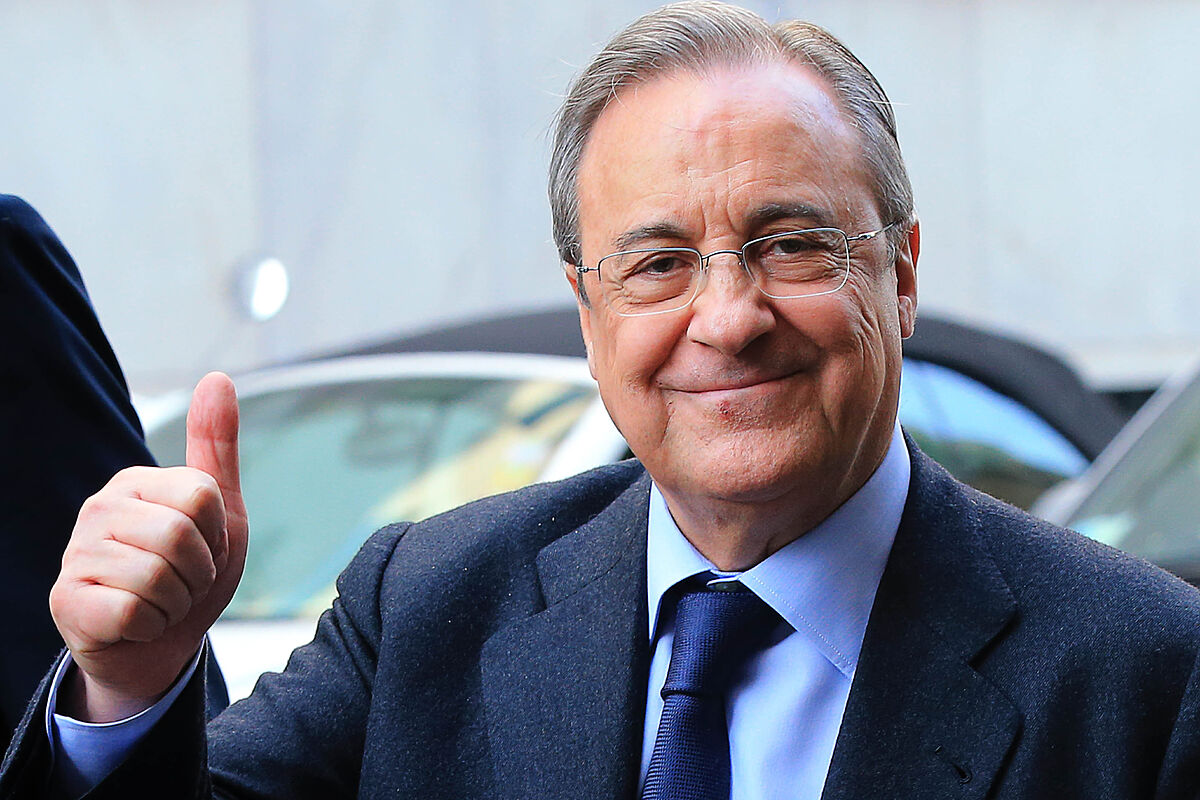 24 hours after the official creation of the

and after a day in which the world of football has lived in the midst of a war between those who are for and against the project,

and first president He

the new competition that plans to replace the

for the first time at

. “When you do not have more income than television, you understand that the only way to profit is to make more entertaining games, with more incentives and that more fans can see. That's how we started working, "he summarized.

His first words reflected the reasons why

have left UEFA and have taken a step alongside football European: "The conclusion is that if instead of the Champions League we do a Super League between the big clubs,

we would be able to mitigate the losses we have had

." Those red numbers that have affected all the teams on the planet have been primed with Spanish clubs, which are still unable to welcome spectators in their stadiums. In the case of Real Madrid, Pérez assured that they

have lost 400 million euros since the coronavirus pandemic began

“The ECA says they have lost 5 billion.

It is a very bad situation.

Asked about the threats he has received from UEFA, FIFA, federations and local leagues, the president of Madrid assured that "it is impossible that Madrid will be thrown out of this Champions League" and that this project is being done "to save football". "

Football has to evolve

, adapt to the times we live in," and he has focused his arguments on the bad audiences among the younger fans. “Football has been losing interest, audiences and television rights have dropped. Something had to be done and the pandemic told us that we had to do it now.

We are all broke

. Soccer is the only global sport and these twelve clubs have fans everywhere.

Why are 40% of young people between 16 and 24 years old not interested in soccer?

Because there are many games of poor quality and they have other platforms where they can be distracted.

We do this to save football at a critical time.

Florentino compared both events and placed UEFA and FIFA in the same critical position as then.

We have to do something to make this sport more attractive.

In the 1950s, UEFA and FIFA also opposed and changed history.

That we play among the greats

, on television is what is valued the most ».

, in which there are

15 teams that have a fixed place

and five that will enter due to the sporting merits of the last season.

Pérez insisted that “it is not a closed competition.

Anyone can enter on their own merits

Money comes for everyone.

If we at the top have money, it flows to everyone and we buy players.

If money is not generated, it does not exist.

What is the whole world demanding?

SoccerReasons and dangers of the historic birth of the Superliga: "Can you imagine a World Cup without Messi? Would Adidas allow it?"

FootballThe hectic 72 hours in which the Super League accelerated: "You have to sign today"