Broch as a different person back at Orange: 'I will no longer appear'

After an absence of almost three years, handball player Yvette Broch made her return to the Orange squad last week. The former world star learned a lot about himself during a sabbatical and is back with a completely different mindset. "I love to be one with nature, we have forgotten that a bit." 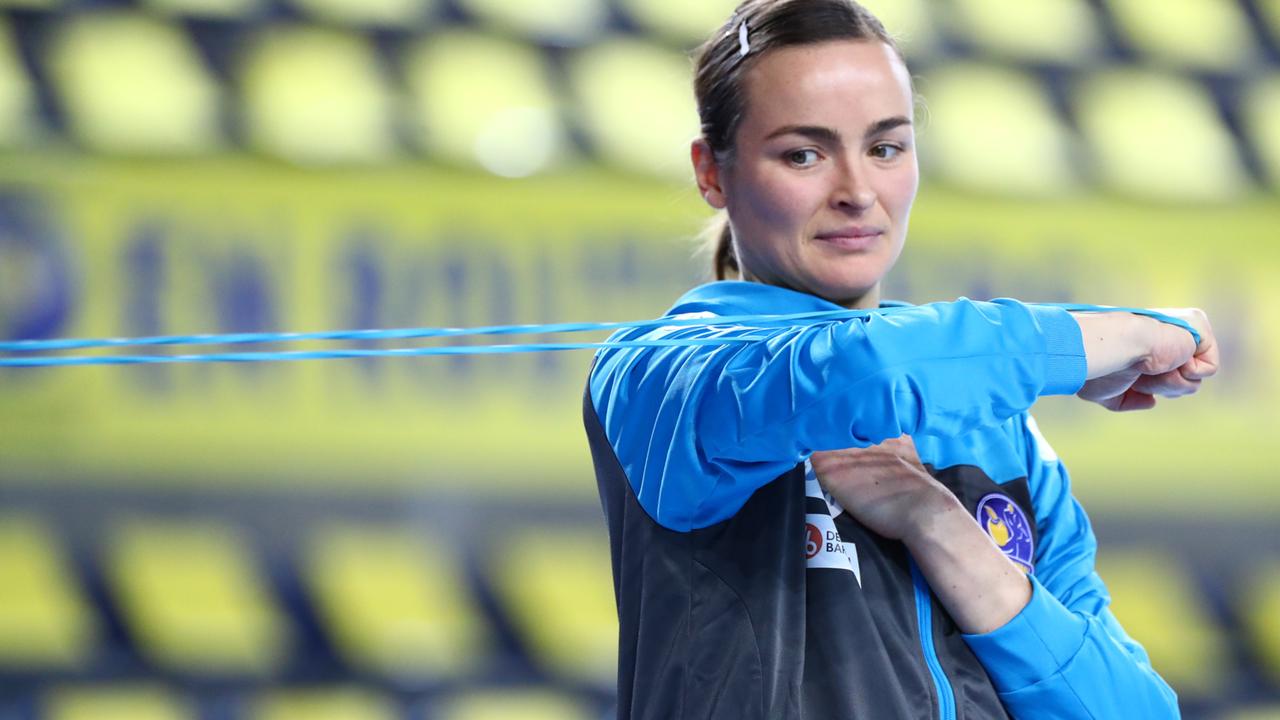 After an absence of almost three years, handball player Yvette Broch made her return to the Orange squad last week.

The former world star learned a lot about himself during a sabbatical and is back with a completely different mindset.

"I love to be one with nature, we have forgotten that a bit."

Not so long ago, she was one of the best handball players in the world, has two World Cup medals and a European Championship medal in her pocket and has won the Champions League twice with Györi.

But thirty-year-old Broch felt like a newcomer again when she joined the Orange squad last week for the three-country tournament in Croatia.

"I had to introduce myself in the group," says a grinning Broch at Papendal during a digital press moment.

"Logical, because there are so many new girls and the staff has changed. I was also nervous, because of the possible expectations of others. I am no longer the player I was at all."

In the summer of 2018, Broch was just finished with handball after 118 international matches and 303 goals for the Orange.

The physically and mentally exhausted South Holland girl no longer enjoyed the sport and withdrew to regain himself.

That was necessary, she realizes a few years later.

"At the time, people also pointed out to me that I had to take a break, but I didn't listen. In the end my body called me back. At that moment I could not see that I had become so hard on myself. I do everything perfectly ", Broch looks back on a difficult period.

'I prefer to be in nature all day long'

After two years of rest, Broch returned to the French Metz at the end of 2020, where Orange national coach Emmanuel Mayonnade is the trainer.

It was therefore a matter of time before Broch made herself available to the Netherlands again, although she cannot emphasize often enough that she is now a completely different version of herself.

"It is not the case that the old Broch is back. When I hear or read that, I think: ho ho ho, no. In the past, everything was dominated by handball and that is different now. Of course I work hard, but my day is no longer purely about training. For example, I like being in nature ", says Broch, who pushed her boundaries in 2019 by participating in the television program

"A month without a roof over your head and looking for your own food was wonderful. Being one with nature we have become a bit lost. I also lived on a Greek island for a few years. Now I love to cycling and jogging, or camping in a tent. I prefer to be in nature all day, because it gives me a lot of energy. "

Because of her new mindset, Broch has also disposed of the perfectionism of 'the old Broch', which partly arose from her period as a model: she heard more than once that she was too fat or not good enough.

"I wanted to keep everything under control and do it perfectly. I now let go of that. I am now much calmer in my head and no longer awake from a missed ball. I will no longer appear."

Yvette Broch in action in the match against Croatia in the three-country tournament.

Yvette Broch in action in the match against Croatia in the three-country tournament.

Broch wants to go to the Olympic Games with the Orange

As a reborn handball player, Broch now returns to Orange, which became world champion in Japan in 2019 without her.

A year and a half later, she does not regret not being there.

Last week at the three-country tournament, Broch participated in both matches in the Netherlands.

After a defeat against host country Croatia (23-24), the corona-damaged Orange also lost to Brazil (19-25), but Broch was delighted to score against the Brazilian team.

"I am now really happy with every goal I score.

I was just crying

", admits Broch, who seems to be making her comeback at the right time.

The Olympic Games will start in Tokyo in three months, five years after she missed a bronze medal with Orange in Rio de Janeiro.

"That didn't play a few months ago, but now I really want to go to the Games, yes. I'm also looking at whether I can find a club next season, but then it has to meet my requirements. I I want more fun and freedom and not full house anymore. I now choose real life. "